Family Travel Blog – Zena's Suitcase
Home Parenting Are You Gonna Have Another One?

I did feel ever so sorry for Prince William and Kate this this week as they attended their first Royal Engagement of the year.  They joined the Irish Guards St Patrick’s Day Parade at Mons Barracks in Aldershot, and what is it that makes the headlines?  Not their on-going commitment to the Armed Forces, but Regimental Sergeant Major Ray Collister asking if there are any more baby ‘Micks’ on the way.  Of course he really means Royal babies!  Now there’s a guy who sure knows how to make a headline!

I wonder how many times the Royal couple have been asked that question already?  I admire Prince William for batting the question away with a graceful but honest hand.  ‘One’s quite enough for the time being.’  I’m sure it is, after being so ill during pregnancy, and not matter how many hands you have on deck to help you, babies are still hard work, aren’t they?

Being asked constantly if your going to be starting a family, or once you’ve had one or even two babies, being asked if your straight onto the next one is something I’ve found increasingly frustrating over the last few years.

Starting a family, or not as the case maybe is such a personal thing.  Something that is between a couple, or just personal as people choose to make their family unit in different ways.  Why others feel it’s something they can ask, and that you might actually answer astounds me.

When I got married 3 years ago, I found more and more people asking me if I was going to have more children.  I already had a 13 year old at the time so I really hoped people would assume I’d done my bit for the human race.  Most of these people weren’t what I’d call friends and certainly not people who I’d share such personal information about my life with.

It dawned on me that these people weren’t well wishers, they had their own agenda in mind.  I spent months and months batting away similar questions to Wills and Kate with the same forced politeness, when really I wanted to scream ‘is it really any of your business?’

It seems to be who you are, the more you get asked.  For poor Wills and Kate, Royal baby speculation makes for a good story.  But why would they be sharing such intimate information with a journalist in the street or a Sergeant at a public engagement.  I wonder if he was put up to the question?

When I’m not writing this blog I’m a manager in a Not-For-Profit organisation, nowhere near the dizzy heights of Royalty.  However, if I was to be going on maternity leave, people new a progression opportunity would open up.  Suddenly there was a lot of interest in whether I was going to be making babies or not.  It would have been far more honest to ask me if there was likely to be a temporary position opening up, they might have been met with a more honest answer.

When I returned from maternity leave after Princess was born, I was met again with the same barrage of questions.  ‘Enough, already’ I thought.  It doesn’t stop when you’ve had just one, or in my case 2 just with a bit of a gap.  It turns out some people’s reasons for asking if was going to be out of the picture for a while were far more sinister than others.  Unfortunately I can’t share that here, which is such a shame as it would make a great post!

So poor William and Kate, I really empathise with the barrage of questions you’ll face over the coming years until another Heir is born.  I’ll be watching you avidly for tips on how to avoid these probing questions.  On another note, didn’t she look amazing though, all from the high street!  And she managed not to get her heel trapped in the drain, like last year.  Isn’t it interesting what makes a headline!  I clearly need to watch the tabloids more 😉

Encouraging Our Kids to be Heroes with LEGO City 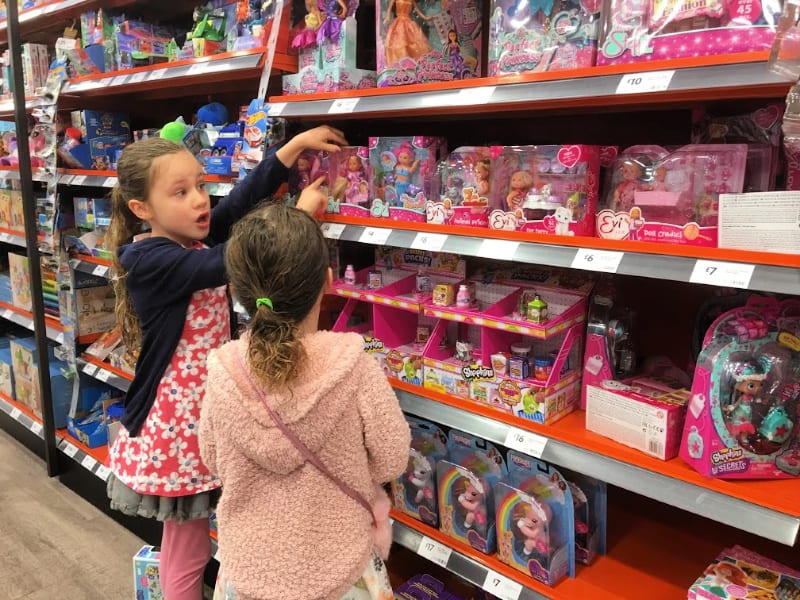 How To Teach Young Children About Money