So, this week saw our 3rd wedding anniversary. Woohoo! There was a time when I didn’t think I was ever going to be married, let alone enjoy 3 years of it. I’ve been reminiscing by looking at our wedding photos and wishing we could do it all over again (hint: maybe we should do it again and get even more wedding photos using a photographer like Jeff Turnbull!) so that we can experience all the joy of the day. It’s totally crept up on us as we have the baby to keep us busy who is only 3 weeks old. As she is constantly attached to Mama Cow even getting out to get a card is a challenge, so here is my gift to you dear husband, a gushy blog post. I’m sorry, it was the best I could do! I apologise to all the readers in advance!

What a 3 years it’s been for us! We got together about 4 1/2 years ago when you slipped your feet well and truly under my table so I guess that was really the start of our journey. I’m surprised it took us 18 months to get married as you know I’m not the most patient person in the world. You often have to be my brakes to stop me rushing into impulse decisions as you well know. I’m glad we took a little time though and it really didn’t matter as we knew very early on we were committed to one another.

I think the scene was set for us on our first visit to Scotland. We hadn’t even got there and we were slightly derailed by a minor disaster. We hadn’t been together long and we were visiting my family. We’d taken a comfort break at Scotch Corner, and as we pulled out of the lay by the car, your car, decided it was coming to a grinding hault instead of making hast down the A66. It was the cam-belt! You hadn’t had it changed. You didn’t have recovery. We waited ages before being towed to Dumfries. I think we got to our destination at about 3am. Our tempers didn’t fray, we both took it all in our stride. we wiled away the roadside hours humouring each other and getting on with it. It turned out it was a sign of things to come. If we could get through that without crossed words I was convinced we would get through most things. So far, it seems to be the case.

We had a great wedding, it wasn’t too much and neither was it too little. It was everything we wanted without being to fussy or over the top. You cried! I really thought it would be me, but it turns out you’re the soppy one! We had a great day. My son gave me away and looked after the rings which filled us both with pride. Teen did managed to get away with not tucking his shirt in the whole day and no one told him to do his hair. I’d left you in charge, and your not one for these kind of details. Nor are teenagers.

We were lucky enough to disappear off to Paris for a Mini-moon the following day. We stayed in a very chic boutique hotel in MonMartre and spent the days exploring the romantic Parisian streets, discovering the amazing Louvre and the Sacre-Cour to name but a few. You got blisters because you wore your wedding shoes forgetting my desire to see a city by foot in order to take it all in. We managed though, and we were so glad we went in the end. We had nothing planned originally as we were going to take a break later in the summer.

Our official honeymoon was also our first Cruise in the summer, about 2 months later. I was 2 months pregnant! We discovered this was the way we liked to holiday. If only funds could stretched to a few more of them. We took in Spain, Corsica, Sicily, Italy and had the most amazing time. Visiting somewhere new practically everyday with new things to see and do suits us far better than the traditional beach/pool holiday. I don’t think that will change unless I learn to swim sometime soon! We have been lucky enough to cruise again since, but a holiday seems off the cards this year. 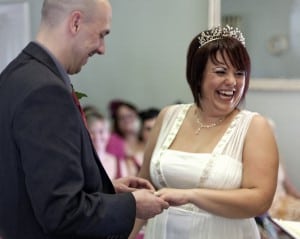 Princess arrived in March 2012 and didn’t she let us know it. It was a difficult first few weeks, but we got through it together, stronger. Once we’d found our feet it fell into place. We squeezed in a house move when Princess was 6 months old, too We’re settled and generally like it, even though our neighbour is a little snotty. Fortunately everyone else is lovely and we don’t have to have much to do with her unless ‘Parking Gate’ kicks off! Just why are people so precious about such things.

The last year has been a little more challenging. This pregnancy has been difficult. I’ve been plagued with feeling ill, pelvic pain, swollen feet and being so emotional. The events that surrounded it were just bizarre and I think we are both still a little shocked. Me more than you, I guess. Who would have thought our decision to keep our plans to have another child between us would have been so controversial. Clearly things had been going to well for us so some spanner had to be thrown in the works.

During the pain and the tears you have been my rock. I don’t know what I’d have done without you over the last 7 months. I have really learned to appreciate the amazing things I have and the price I’ve had to pay for it in the end, was a small one. These last 7 months I haven’t felt myself at all and you have soldiered on taking care of me, taking care of our daughter, taking on more and more as I struggled more and more. Still working, coming home and doing more work. We have got through it though, in one piece, stronger. 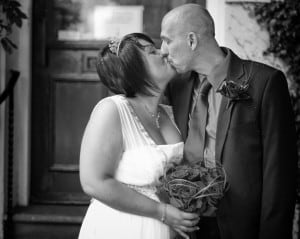 So Tinkerbell arrived just 3 weeks ago, and despite the journey we travelled waiting for her, she was so worth it. Her arrival was a little traumatic but you were the perfect birth partner. It’s been amazing having us altogether at home just taking it all in, recovering from the journey travelled to get her here. I’ll miss you when you go back to work. Aren’t mortgages just a drag.

Happy Anniversary to my wonderful husband! It’s been a busy few years but first and foremost it’s been the happiest time of my life. To feel so loved, celebrated and cherished is all I ever wanted and I have found it all here with you. Who knows what the future will bring, but one thing I do know is that whatever it brings we’ll have each other. Not that anyone else would have either of us! I’m sure there will be some frustrations and challenges along the way, but I know we’ll always be there for each other, because we fit. You were definitely worth waiting all these years for. 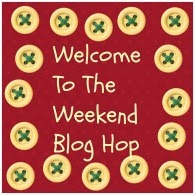 Do You Wish to Learn How to Drive a Stick? Here are Some Important Tips