Parking on the street.  Why is it such an issue?  Why does it turn someone from a seemingly rational individual into territory crazed note writing maniac.  This post has been brewing for a while as I seem to be surrounded by people who are writing their own rules for parking their cars on the street and enough is enough. 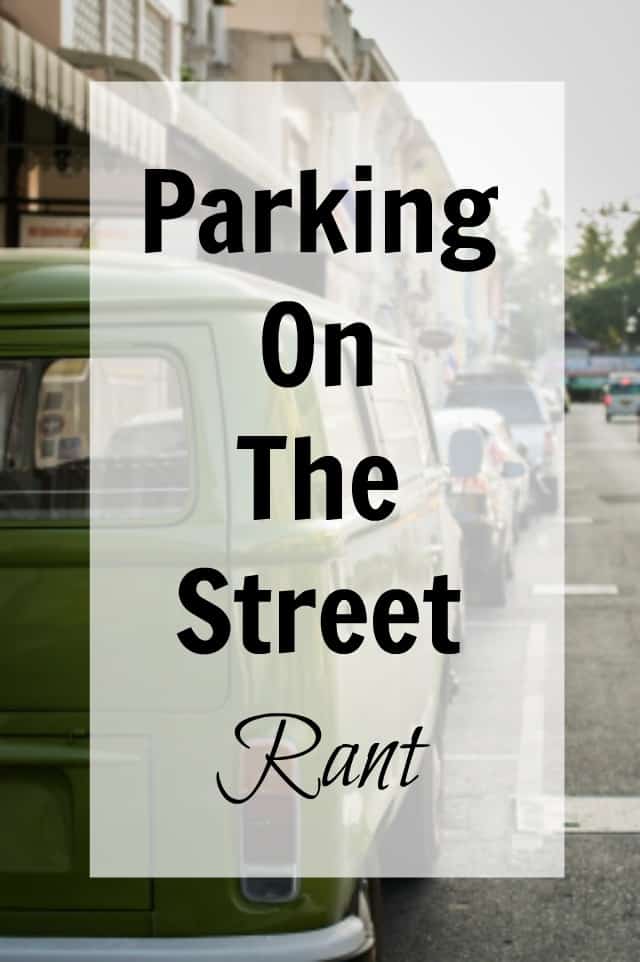 Parking Outside Our House

At our house we have one space to keep a car off the road, and then the majority of the time our other car is parked outside our house.  This is more luck than judgement as my husband doesn’t drive to work and I work from home 3 days a week.  It begs the question why we have two cars in the first place, but that’s another post entirely.

I like to park outside of my house and so do my neighbours, but that’s pretty much where the similarity ends.  I appreciate that sometimes parking outside my house isn’t going to happen.  We live near 2 football stadiums and Trent Bridge Cricket Ground so from time to time sport spectators will park on our road.

Other times, people have visitors.  They have to park somewhere and if the space is free  outside of our house they have as much right to use it as anyone else.

We have some neighbours who don’t seem to realise this though.  There is the note leaving neighbour and there is also the territorial neighbour, both of which are very annoying indeed.  I won’t be going to any dinner parties with them anytime soon that’s for sure.

They seem to think that the deeds to their house extend to the parking that is available on the street.  I have news for you both.  They don’t.  Anyone with a car seeking a space to park their vehicle has as much right to park outside of your house as you do.  Please do not waste your pen and paper on trying to tell me or anyone that visits my house otherwise.

The territorial neighbour is employing a far more aggressive parking tactic.  I’m not sure why, maybe he cannot write.  It’s clear that he hasn’t read the highway code recently anyway.   If any visitor to the area that has the audacity to park outside of his property he parks practically touching his car bumper to theirs.

How do I know this.  He did it to me as I dared to use his space when he wasn’t there.  Of course this was a deliberate act of malice on my part, not that I had a film crew in my house and we needed the window out of the front of my house clear of obstruction.  I did it just to annoy him.  May the heavens open and thunder strike me down for the cheek of it.

Now, I wish I’d have knocked on his door that day and asked him what the devil he was playing at.  In the interest of peaceful relations I asked the other neighbour if she would back up and make enough space for me to get out.  I know, what a coward.  Instead, I mutter expletives under my breath when ever I see him.  That makes me feel much better.  He’s never muttered so much as a hello since he moved in, so I feel I’ve lost nothing.

The naughty child in me would love to park outside his house daily just to annoy him, but I am of course much bigger and better than that.  As much as he would like to create a parking altercation I have far better things to do with my life, so I will avoid his space at all costs.  I guess that is what he wanted right?  His parking territory is well and truly marked.    He’s had more success than a urinating dog.

The same goes for the note writing neighbour, unless it is unavoidable, we don’t park outside her house even though she rarely actually uses the space.  Her delusions of grandure continue to amaze me.  I think she believes she deserves a drive and grounds, but got lumbered with a 3 bed semi instead.  She’s managed to mark some imaginary line around her castle.  I put it down to the cats, that are always in our garden.  Perhaps she has some magical powers that I am unaware of.

What’s the parking like where you live? Do people get bent out of shape about it?  What tactics do they use to mark their parking territory?