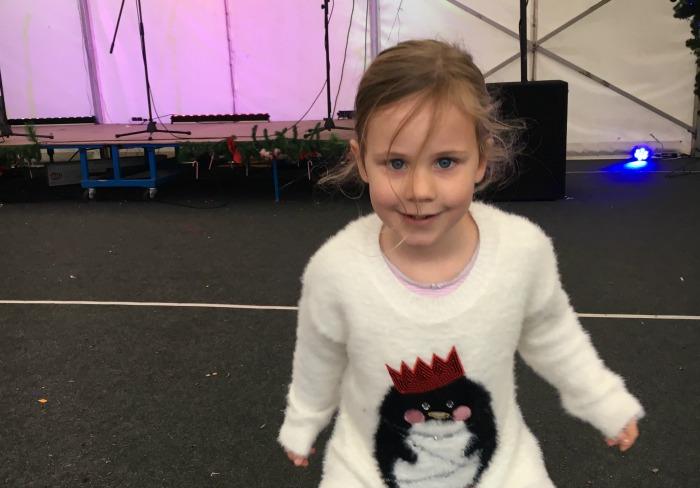 My 4 year old is quite a spirited young lady and is also quite prone to extreme temper tantrums. I’m not 100% sure the two are connected, but my parenting instincts feel that they are.  If you are concerned whether 4 year old tantrums are normal, the answer is definitely yes.  While children are still learning to manage their emotions, a tantrum is completely normal behaviour.

Her two year old sister isn’t far behind her either, so the title of this post could easily read ‘how to cope with 2 year old tantrums’, but I think 4 year old tantrums are in s slightly different league.  My son was always quite a laid back child, so having two feisty little girls has been quite a shock to the parenting system I can tell you.

We’ve been dealing with this behaviour for a while now, and I’ve developed a strategy for coping with tantrums that I thought you’d find helpful. When a 4 year old has tantrums, it all seems to go up a few gears.  Just on a physical level your child is bigger, and has more control of their body.  My daughter will hit out when the tantrum is at it’s worst.  When she has calmed down though, she doesn’t seem to recall doing it.  The tantrum has definitely run away with her.

She also uses her voice for optimum impact and will scream so loud that I’m sure wild animals in the forest can here her.

The other thing that my daughter seems to have worked on in the 4 years of her life is the art of manipulation.  Now, I’m always conscious that the word manipulation has very negative connotations, but when it comes to children it means something very different.  They use manipulation as a survival tactic, and not something to cause harm or detriment to another person.  It is very much about protecting themselves.  I’ve found that responding to manipulation in young children with love and reassurance is the best way forward.

The frustrating thing, or perhaps the reassuring thing is that she only saves these tantrums for at home.  She wouldn’t dream of behaving like this way at school.  In fact, the rules at school are very important to her, and she makes a point of sticking to them so she can earn stickers for good behaviour.  For a parent, this is a really key message.  How your children behaves outside of the home is the real gauge of your child’s behaviour and whether there is anything you should be concerned about.

Be OK With Your Parenting Style

I will be the first to admit that I am not the most consistent parent in the world, and instead of trying to mould myself into something I’m not, I find other ways of parenting my child that I am happy with.  The first thing you might think is ‘why don’t you use a sticker chart then?’, well the answer is I’m an inconsistent parent and I rarely keep up with it.  If I have something else to do on the parenting list, I will become more stressed and start feeling like a failed parent, which isn’t a good place to be.

We do offer rewards for good behaviour, but they tend to be as we go along as opposed to earning rewards.  I can see lots of merit in a sticker system, but I know it’s not for me to be honest and I’m OK with that.

Whatever your parenting style is, learn to be OK with it.  Use your own instincts and trust what you know about your child to get through what ever phase you are experiencing.  There is lots of advice out there on the internet and in books about different parenting techniques but I think it can soon become over whelming. You are better off trying to figure out your own way forward as it is about your relationship with your child at the end of the day. 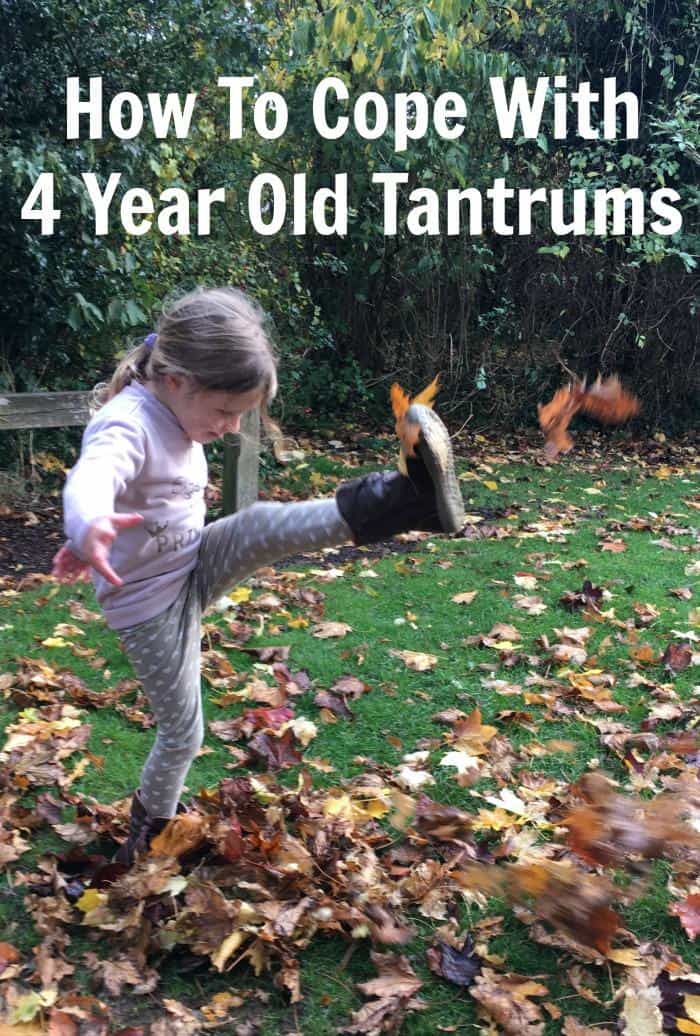 When my child is having her worst tantrum, with screams, limbs flying everywhere and seems completely inconsolable I remind myself that this won’t last forever.  As a Mum to an 18 year old, I can assure every parent out there that your child won’t be kicking off like this when they leave home for university or work.  Getting yourself  in that frame of mind can help create enough emotional distance from the situation to stay calm and deal with it to the best of your ability.

Try And Be A Good Example

One thing I try and aim for is behaving in a way that I want my children to behave.  Setting a good example is the best form of parenting.  When a child is having a tantrum, and they are pushing all your buttons this can be the biggest challenge.  If you would like your child to behave calmly and avoid using a tantrum as a tactic to get what they would like, then helping them build other behaviour strategies is going to be the answer.

I will try and get to the bottom of what is causing my daughter such distress and talk to her about other ways she might want to deal with the situation.  I try and remain calm with her, so that she sees this is a better way forward in the long run.  There are times when this doesn’t happen, but when it doesn’t go quite so well I lay off the parenting guilt too, as it’s really not that helpful.

Parenting Is A Long Game

There is no magic cure for 4 year old tantrums or any tantrums for that matter.  Children will develop out of them as they grow in maturity and can process their emotions better.  Time and patience are going to be your friend throughout your parenting journey.  However you choose to approach the issue of childhood tantrums, use a way that feels right to you and that you can apply consistently and eventually they will become less frequent and less severe.

What Triggers A Child Tantrums

If tantrums are becoming a big issue, then look for what might be setting them off.  We have identified a lot of triggers that will probably effect all children to some degree or another.  Food is a big factor for us.  If they do eat sweets or chocolate and aren’t able to burn of the extra energy they have just consumed, then we often get some fall out.  What we tend to do is give them treats like this just before they are going to the park or are going to do something physical.  This definitely seems to avert a tantrum disaster.

Tiredness can also be a factor, so we use quiet time throughout the day so they have chance to recharge their batteries and stick to a regular bedtime routine.

Boredom can also play a part in tantrums.  We find that if the children haven’t got an activity to do, or some sort of structure around their day tantrums can become more frequent.  It can be something as simple as making sticker pictures or playing with dough, but any activity that they enjoy that keeps their brain focused for a short time is a winner. 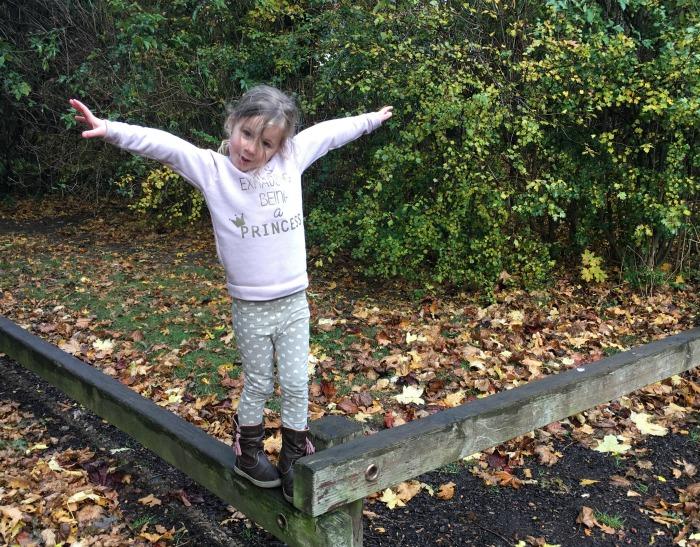 My 4 year old daughter has a very interesting personality.  She can be extremely confident in one breath, and become incredibly anxious and vulnerable in the next.  She is also incredibly strong willed, and I feel that she should embrace all aspects of her personality equally as all of them will be useful to her as she gets older.

I don’t want to quash any particular aspect of her personalty, and I suspect that these contradictions in her character are partly why her tantrums can become so severe.  This is why I prefer to approach her tantrums calmly and at the same time equipping her with the strategies she needs to cope with her emotions going forward.

She is one of those children where, if you up the anti with her and try the ‘putting your foot down’ approach she will up the anti right back at you because of her feisty nature.  While there is a place for being feisty, it’s often not the best personality trait to have when you are feeling angry or upset, speaks the voice of experience 😉

Tips for Coping with 4 Year Old Tantrums at a Glance

Does your child still experience tantrums?  What strategies do you use to cope with them? Please share them with other parents in the comments below.