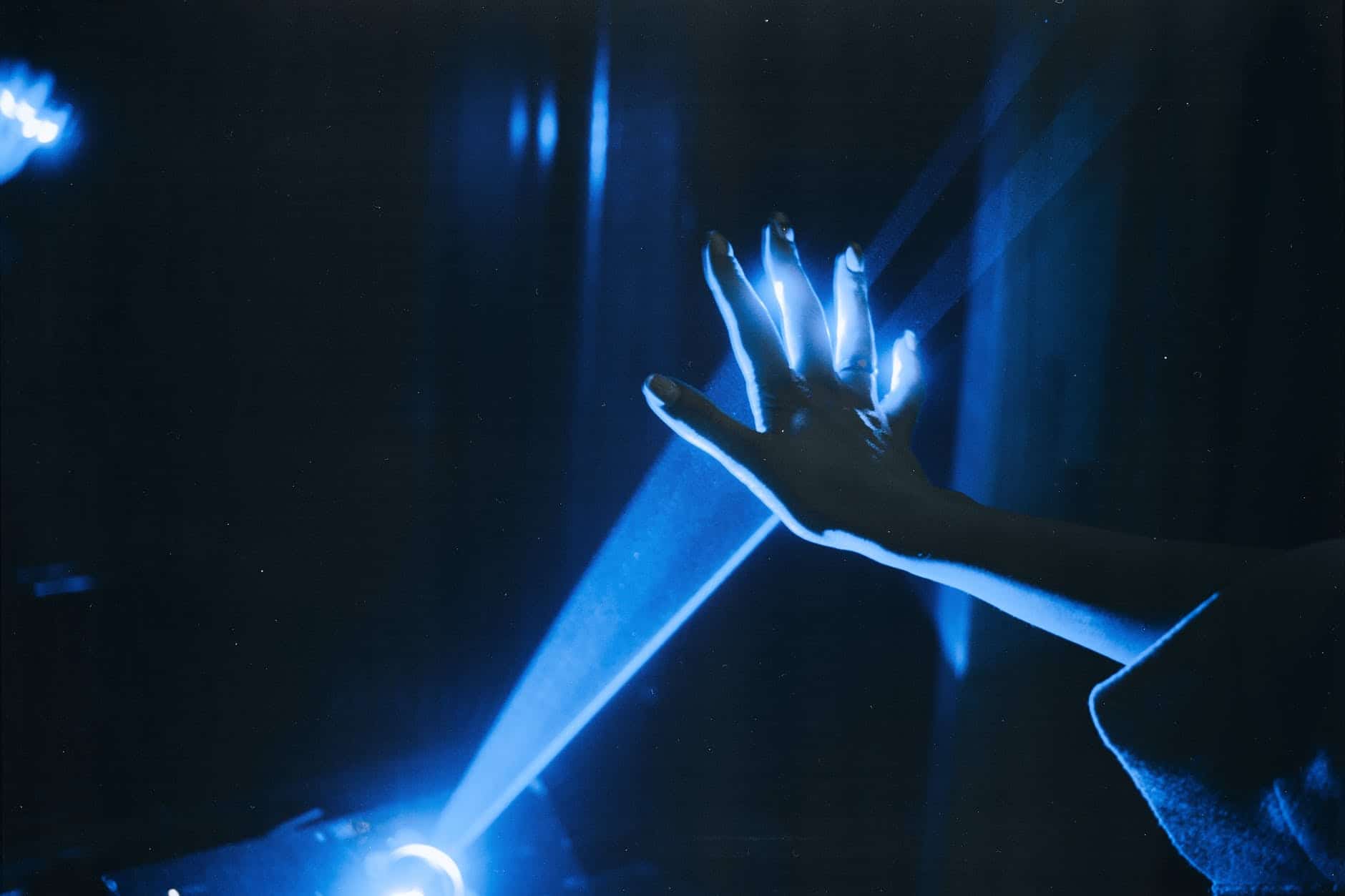 Blue light is all around us, and we’re exposed to it every day. It is emitted by our electronic devices, TVs, etc. The bad news is that it might be doing more harm than good, however, the good news is there are ways to protect yourself. To help you understand the most important things regarding blue light, in this article, we will explain what blue light is, how we’re exposed to it, the health effects it may have, and go over some ways you can protect yourself from blue light damage.

What Exactly Is Blue Light?

Simply put, it’s the part of the visible spectrum that we can’t see and has a wavelength shorter than 430nm. It contains more energy than any other color in the visible spectrum and is part of the process by which our eyes perceive light colors. Artificial sources of this kind of radiation include LED light, some medical lasers, TV screens, smartphones, tablets, and many others. It is also an integral part of sunlight and can be produced by the sun. On the other hand, as seen at blockbluelight.co.uk, there are also many devices designed to block blue light including blue light glasses and monitors that produce yellow light instead of blue. The term blue light is usually used to describe all of the sources, whether they are natural or artificial.

How Are We Exposed to Blue Light?

We are exposed to blue light every day. One source of artificial blue light that people use daily is TV screens or computer screens, especially during the evening hours when darkness falls. Other sources include smartphone and tablet screens which also emit large amounts of blue light as well as LED lighting used in electronic devices such as TVs and smartphones. The same goes for e-book readers because they emit a lot of blue light too. Keep in mind that other sources can be found in the sky at night, especially around populated areas, as well as in gas stations because of the blue lighting used for their nighttime operations. The most interesting fact is that even though the sun emits large amounts of blue light, it doesn’t affect us because the atmosphere absorbs most of it.

As mentioned, exposure to blue light can have different effects on people. Some might be more susceptible than others because of their age, gender, and other factors such as lifestyle, but in general, blue light exposure can be dangerous because it can suppress the production of melatonin in our bodies. Melatonin is a hormone that makes us feel relaxed and sleepy. It also helps balance out other hormones in your body that affect your moods, metabolism, immune system, blood pressure levels among other things. The suppression of melatonin levels can make us more stressed, which over time could lead to other health issues.

Blue light exposure is also believed to contribute heavily to the development of macular degeneration (AMD), a condition that affects eyesight negatively because it gradually destroys the central part (macula) that allows people to see fine details and colors.

How to Protect Yourself From Blue Light Damage

The best thing to do to protect yourself from blue light exposure is to limit the amount of time you spend in front of your TV screen, computer/laptop screen, smartphone, or tablet because these devices emit lots of blue light. You should also wear protective eyewear when you are outside at night because artificial sources of blue light are abundant when darkness falls. It’s also a good idea to seek eye care services every year because most eye problems develop over time which means that by the time you notice them, it might already be too late. The same goes for other health conditions mentioned previously.

In addition to this, it’s best to get enough sleep and avoid staying up for too long at night because blue light exposure can keep you awake and affect your sleep patterns. You should also wear sunscreen when you’re out in the sun more often because exposure to blue light increases your risk of developing macular degeneration.

Finally, you should pay attention to the lighting in your home at night because it can be just as bad for you as exposure to artificial sources of blue light. For example, if you use LED lights at home consider replacing them with natural lighting or bulbs that emit yellow instead of blue light. Also, make sure that the color temperature (the color given off by a particular source) is set on 2700K-3000K which is slightly yellow and not as harsh as conventional white LEDs.

Since the amount of blue light exposure we have during our day-to-day lives is increasing, it’s best to learn as much about this topic so you can protect yourself and know how it might affect you. Making at least a small step towards protecting yourself from blue light damage can have a big impact on your overall health. Therefore make sure to remember the tips mentioned in this article and try to implement at least one of the protection tips mentioned above.

Do You Want to Feel Beautiful and Different? Here’s Why You Need a New Hairstyle

Do You Wish to Learn How to Drive a Stick? Here are Some Important Tips