This advertisement feature was written in collaboration with LEGO City

When we received an invitation to the attend the LEGO City Hero Academy event at the London Transport Museum I knew that myself and the girls had to attend.  They both already love LEGO just as much as their older brother did when he was growing up, which I simply adore.  LEGO has made huge strides in appealing to girls and boys with a number of its collections, and it’s a toy that is going to be enjoyed in our house for many years to come.

Our Love of LEGO

To my delight, the girls became very excited about being able to go and play with the LEGO City range.  It resonated with them a lot as both the girls have met Police and Fire Officers in school very recently, so they were in a prime position to think about who heroes are and why they are important in everyday life.

During the LEGO City Hero Academy we heard a talk by Dr Sam Wass from the Secret Life of 4 Year Olds, and he made a very important point that struck a cord with me.  Children’s ambitions are really changing, and now when you ask a kid what they want to be when they grow up there is a strong possibility they might say they want to be a YouTuber or Influencer.

When I was growing up, children aspired to be very different things when they grew up.  Being a Police Officer or a member of the Fire Brigade was a fairly standard response a few years ago, but as children become aware of lifestyle driven ambitions, these traditional roles are becoming less popular. 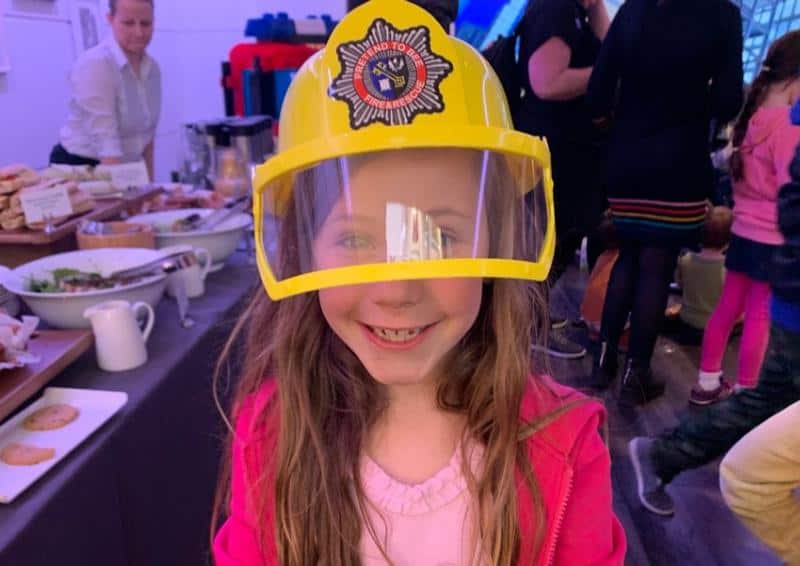 When this generation of children grow up there is a real concern that we will not have enough people interested in being Doctors, nurses, police officers or fire officers.  If we don’t have enough day to day heroes, how will we deal with saving lives, responding to accidents or putting out fatal fires?

It’s a very serious question that we need to be asking ourselves, before it’s too late.

How to Encourage Kids to be Heroes

So what is heroism, and how do we encourage heroic like behaviour in our children before it disappears?  Fundamentally, heroism is about courage and taking on the harder challenges in life.  It’s an act of maturity and self sacrifice, and it’s a concept that children can safely explore through play and learning.

Playing is pretty much an essential part of every child’s day, regardless of whether they have screen time or watch TV, it’s so essential for their learning that it will always feature in their behaviour.  It allows children to explore different scenarios in a safe environment and the LEGO City range lends itself so well to talking about going to put out a fire, saving a boat lost at sea or taking the people hurt in the car accident back to the hospital. 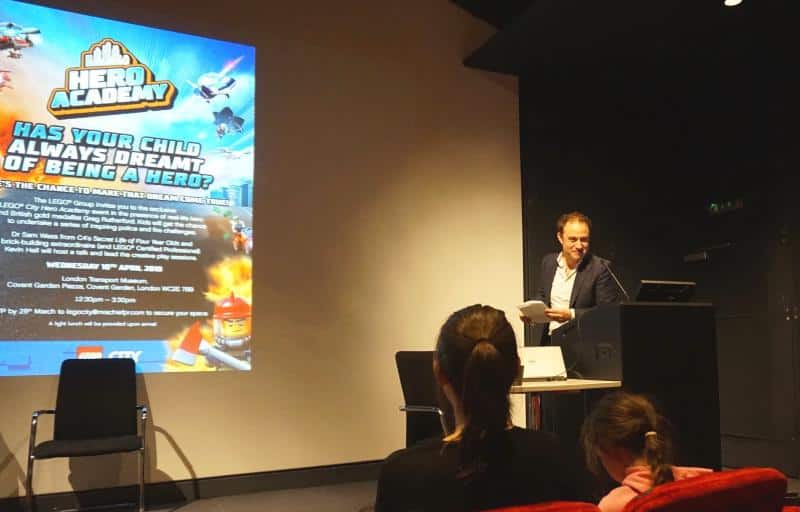 Being able to play out these scenarios with the LEGO City toys children can think about how it might feel to attend a dangerous fire and explore the emotions they might feel when saving people in these situations.  As parents, it’s a great time to discuss with our kids the emotions they might experience in these situations.  To enable children to connect with their feelings in this way really does help them to prepare for their grown up life.

Understanding that we are likely to feel a range of emotions, including fear, in any given situation helps children stop feeling overwhelmed. They can then appreciate when other people may need their help and why this is so important.  It’s when they understand the act of courage that true heroes are born and will go on to provide a vital role in our society.

To help our children become tomorrow’s heroes it’s also important to understand that heroic acts come in all sorts of shapes and sizes.  It could be when your child helps another child who is struggling with something.  It could be that jump in the swimming pool they were afraid to take because the range of emotions they experienced doing it are very similar to what people experience while performing heroic behaviour.

When you see your child carry out these small acts of bravery and heroism be sure to praise them so they recognise and understand what these are. These discussions could help them aspire to be one of tomorrows heroes as they gently learn the feelings associated with the behaviour.

During the LEGO City Hero Academy we also heard Olympic track and field athlete Greg Rutherford MBE talk about his love of LEGO as a child.  His extensive LEGO collection helped him explore real life scenarios that went on to influence him in his adult life. 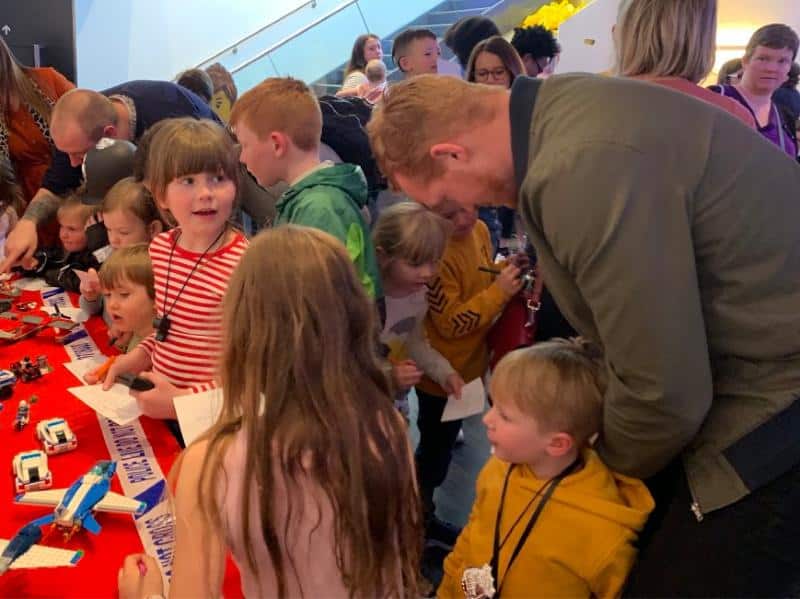 Greg, who is now retired from sport, finished his athletic career with gold medals in every available elite outdoor title including national, World, Olympic and Commonwealth.  I felt a real similarity in how he explored preparing for his sporting events in a psychological sense and a child’s imaginative play.

The whole idea of playing out scenarios in your head, like winning an Olympic gold medal as an adult isn’t to dissimilar to what we are talking about here with encouraging our children to explore the feelings and outcomes they might experience before, during and after completing an heroic act.

We also got to hear from Kevin Hall, who believe it or not, builds LEGO models for a living.  Kevin, who’s official title is Brick Artist, shared with us his love of LEGO and how this has developed into his full time career.  He led the LEGO City Hero Academy activities which included being detectives and finding what had been stolen from Greg Rutherford before the event. 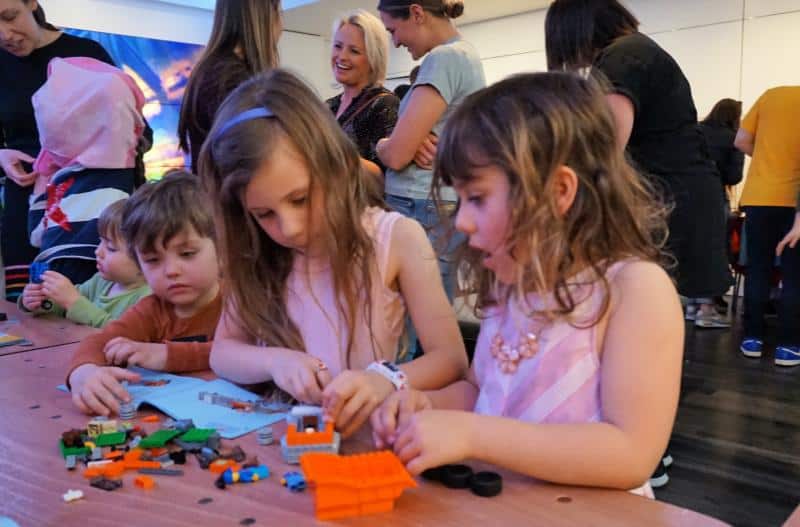 The kids also got to build a number of LEGO City vehicles, which the girls loved.  They worked together, which in itself doesn’t always come easy to them, and built a LEGO City truck before getting stuck in to the free play activity where they could create anything hero related out of the buckets classic LEGO at the event. 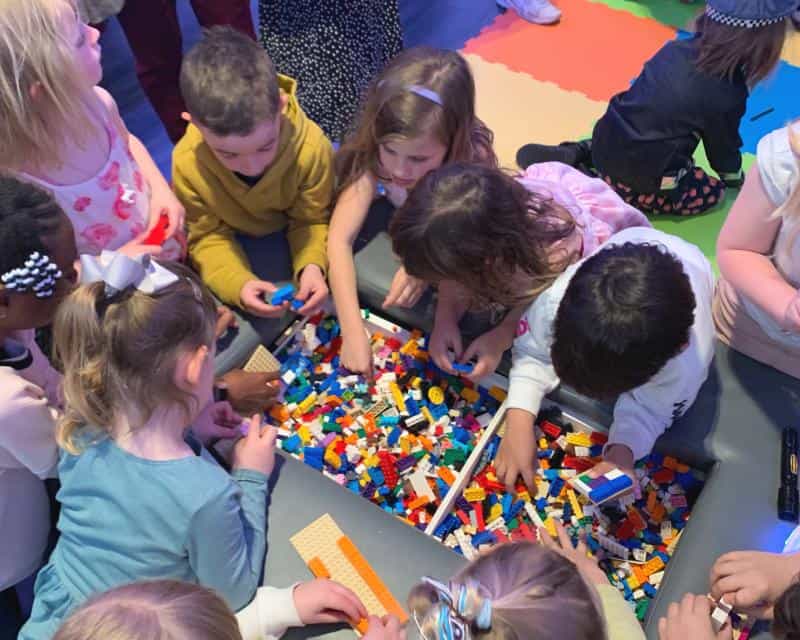 Being able to attend the LEGO City Hero Academy event was not only a lot of fun, but thought provoking and inspiring.  Every generation needs heroes, and it’s down to us as parents to ensure that they don’t run in short supply.  LEGO City can play a really significant part in that journey, because as Kevin Hall explained, if you want to be a knight, build a LEGO castle, if you want to be a Fire Officer, build an engine, then all that you need to do is let your imagination do the rest.

How will you help your child be one of tomorrow’s heroes?

We were invited to the LEGO City Hero Academy event at the London Transport Museum in exchange for this post but all thoughts and opinions are our own.  We were compensated for our time.