Zena's Suitcase
Home Travel Persia: How To Discover An Old Country When You Travel 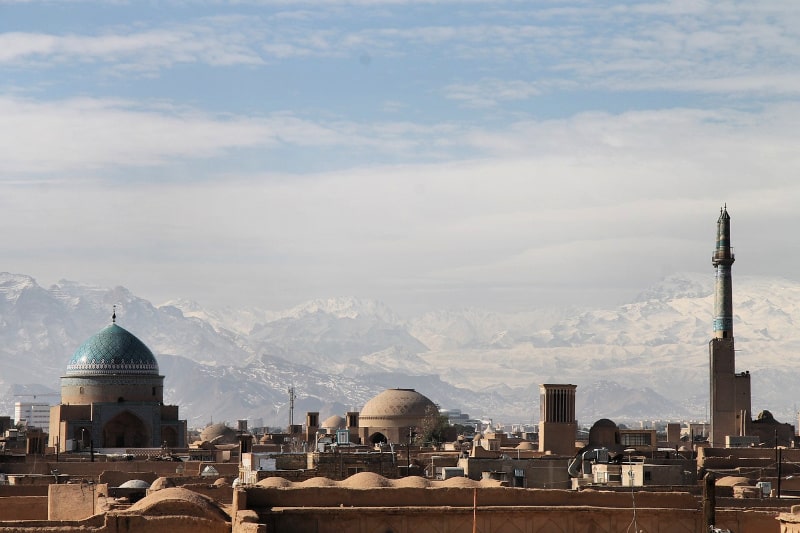 As the political landscape of the world changes, borders are moved or removed all together.  Sometimes a country’s name is changed completely and as these things happen the list of countries that have disappeared grows longer and longer.

It seems crazy to me that a country can be completely lost in time yet it happens and it doesn’t always mean conflict and chaos.  Take Czechoslovakia for example.  This country split fairly amicably in 1993 to become the Czech Republic and Slovakia mainly for economic and cultural reasons.

For those of you that love to travel, it is still possible to explore the heritage and culture of these old countries, with travel companies like Azure, even though they technically no longer exist.  Many have left an interesting legacy that can still be explored today.  I would be intrigued to learn about what an independent Catalonia looked like back in the 1930’s or even explore Bengal before it became apart of Bangladesh.  With a little research on Google, it’s most certainly possible to learn about an old country  that no longer exists.

If I had to pick just one of these old countries to travel to it would be Persia.  I’ve had a fascination with this part of the world since I was a child.  Having a slightly unusual name, for the 70’s and 80’s that is, I did a little research about where it came from.  It turns out that Zena is a Persian name, but I was confused as this country didn’t exist anymore, and hadn’t done for a while.  It’s a lot for a child to get there head around, and I started to explore what happened to Persia more and more as I got older.

I’m not convinced that I have any hereditary Persian roots, I would have to take some kind of genetic test to get to the bottom of that.  I do however still feel a connection to this part of the world. It turns out it was a very significant country in its day and that it had an entire empire to its name as well as some strong biblical connections. 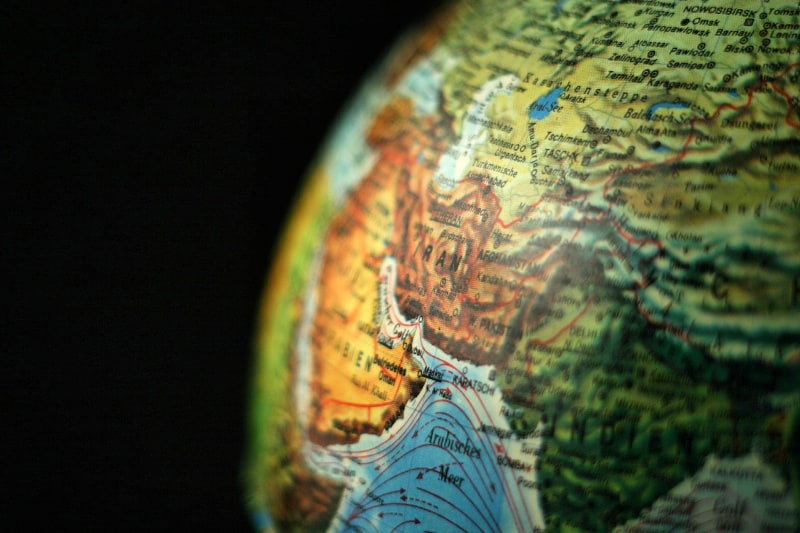 The Persian Empire spanned from Egypt in the East to Turkey in the West and also incorporated parts of India and the Mediterranean.  It was the largest empire to ever have been established, which today would have given the people that lived there a huge potential for travel.  I’m not so sure that you would be able to cover that much ground in the 6th century given the modes of transport available, but just say they could.  There would be so much to go and see!

The country of Persia today is called Iran, after the Iranian government asked political leaders to adopt the name in 1935.  Personally I prefer the name Persia, I think it’s more gentle than Iran and even verges on romantic.  Perhaps I’m a bit of a softie after all.  I’ve discovered the best places to visit in Iran that would help travellers learn more about the old country of Persia and it’s incredible history. Here’s the top places to visit:

Where Would I Visit To Discover Persia

The Tomb of Cyrus The Great 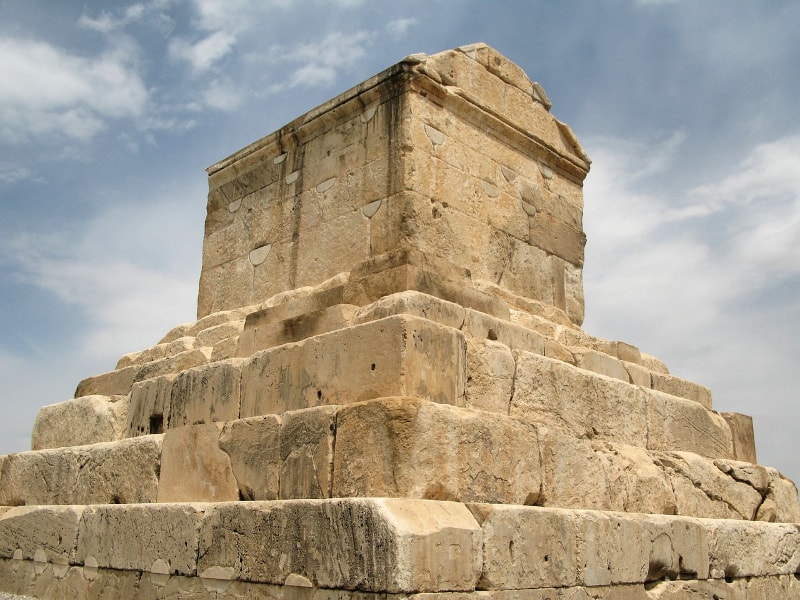 Seeing as Cyrus the Great was largely responsible for the creation of The Persian Empire it seems obvious to add a visit to his tomb, which can be found a short distance from the palaces of Pasargadae in Iran.  The tomb is a traditionally Persian design standing tall above the ground.  Some historic reports suggest Cyrus was buried with a golden bed, a table set with drinking vessels, a gold coffin and some ornaments studded with precious stones.  Sadly if that is true, it’s unlikely they are still inside. If I could pick one day to visit the tomb it would be on Cyrus the Great Day which takes place on Oct 29th, which is believed to be the day Cyrus the Great entered Babylon.

The idea of ancient cities inspires me, and imagine visiting one dating back to the 3rd century.  I can only imagine what life would have been like back then.  The Archway of Ctesiphon is the only visible remaining structure from the ancient city of Ctesiphon.  The fact that part of the ancient palace still remains standing to this day is pretty incredible and has to be a must visit when exploring Persia’s past.

Gate of All Nations 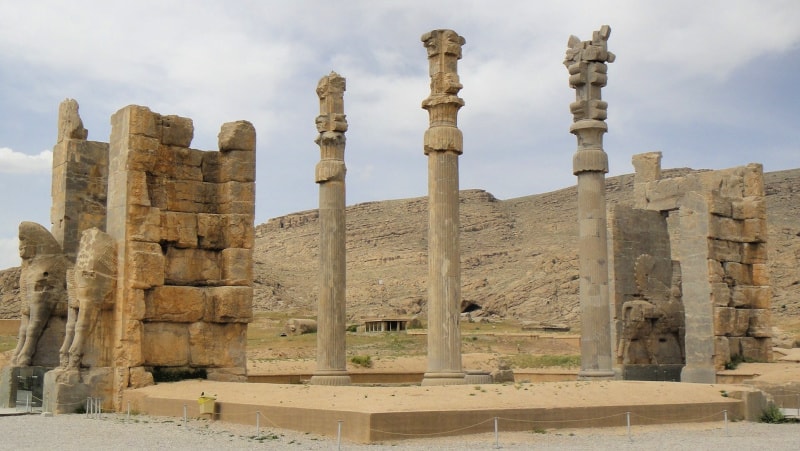 Given Persia’s historic significance it seems completely logical that they would have created a monument called the Gate of All Nations.  Constructed in the 4th century BC under the orders of Darius the Great, it provided an entrance point to the ancient city of Persepolis.

It was grand in nature with 4 large columns and also sculptures of mythical bulls believed to ward off evil spirits. The remains still stand to day, but a step back in time would make for a colourful and insightful look at life in this extraordinary country.

If we follow Persia’s timeline to more recent history, one character that left his mark on the country was the Persian poet Hafez.  Even though he lived in the 13th century, Iranian people still learn his verses off by heart today.  Given how fondly he is remembered it would be essential to visit his tomb in Shiraz.

The actual tomb is constructed of marble and protected by a pavilion dome surrounded by beautifully landscaped gardens.  It’s memorial hall provides an interesting insight into the arts and culture of both Persia and modern Iran.  I’m sure it’s been a special place to visit for many years which makes it another must visit to explore the ancient country of Persia

Even though Persia and many other countries have disappeared into the history books, they still provide travellers with interesting places to explore.  If you could pick an old country to visit, where would you go?  Check out the ideas below for inspiration 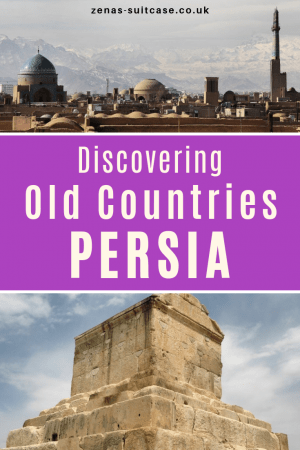