Family Travel Blog
Home Lifestyle How Can We Help Syria?

I have been troubled for a long time about the conflict in Syria and news of the many refugees that make the life threatening trip across the Mediterranean to seek asylum in various parts of Europe.  Images of children being dragged from boats in the dead of night have haunted me for sometime, and are now joined by the tragic scenes of the lives lost after two boats sank making the dangerous trip to the Greek island of Kos. 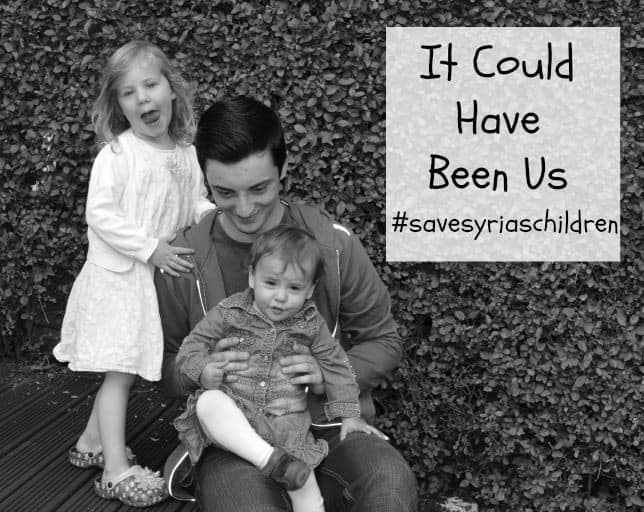 I consider myself to be an humanitarian, and it saddens me that in any part of the world, there are such atrocities that are taking place in Syria.  Lots of bloggers have taken to the internet to raise awareness of this human crisis, and the job that has been done of raising awareness is amazing.  Before jumping to write about the crisis, of the back of some very emotional scenes, I wanted to understand what the Syrian crisis was about.  I’ve got the general idea, but some things have really surprised me.

Why Are We Removed From The Syrian Conflict?

Everyone who is born in the Western world is privileged to be free from war and conflict.  We enjoy social freedom and civil liberties that others can only dream about.  We see scenes of violence and destruction in the media,  but we have become desensitised to it.  It’s like watching a TV show, as we have no understanding of what it could be like to live in those conditions.  Until you are walking in those shoes, experiencing that gunfire, avoiding those bombs and snipers can you truly appreciate what these families are going through.

There has of course been a backlash to the efforts on social media to to raise awareness of the #SaveSyriasChildren campaign from people who do not want to think about a life outside their own front door.  I really hope this post will help some people better understand why we are now facing a migrant crisis on such a huge scale.

I struggle to understand why people become so precious about our borders, without truly understanding what the issues are.  Children are dying, innocent civilians are being killed daily and there is a wider impact on the rest of the world if it does not stop.  Would you honestly send someone back to their home country to die?  What if it was you, and you were living under a regime where you faced persecution?  What if civil war had already wiped out your family, and you had no choice but to save who was left.  Would you not do what you needed to?

Today I have read about the civil war in Syria, as I cannot write about what I do not understand.  The recent deaths are tragic but the reality is that there have been many.  About 2500 refuges have died trying to leave Syria, but we do not know there names and have not seen there faces.  Things became more personal this week, but these awful atrocities have been taking place for years, and there are no easy answers to bring it to an end.  It’s a fight that needs to be tackled on many different levels if any control is to be taken and we are to reduce the amount of lives being lost.

What Is Happening In Syria?

Syria is a relatively small country in the Middle East with a population of 22.5 million people.  It borders Turkey, Iraq, Jordan, Israel and Lebanon.

The Assad family have ruled Syria since 1971, under a dictatorship.  They are not an extreme muslim faction, but they have not provided Syria with any political or economic reform and it’s inhabitants have felt understandably let down by their government.

The civil war goes back to 2011, and there are 2 possible flash points.  Some children were imprisoned in a detention for painting some anti regime graffiti.  Whilst in the detention centre, some of the children were killed which led to a public outcry.  The government also failed to punish the perpetrators, which led to further unrest, understandably.  Remember the London riots?

Another possible catalyst were people demonstrating against the current regime, which led to the government enforcing a security crackdown, in essence crushing any uprising.  The Syrian Army were ordered to open fire on demonstrators and this fuelled an armed rebellion.  Syrians did not want to be dictated to anymore.

The Syrian Government has little concern for the welfare of it’s civilians, and simply desires to have control of them.  On the other side of the fence, the Free Syria Army was formed giving some co-ordination to the rebellion movement.  This army was made up of those genuinely wanting freedom for Syria, alongside a number of other factions that were following their own Islamist agenda.

Before long, you had a a messy and bloody war tearing the country apart, with many civilians dying in the process.  Over 220,00 people have died so far, with no sign of it stopping anytime soon.  Over 7 million people are displaced as a result of the conflict and as many as half of those people are children.

We are seeing more and more migrants leave Syria as 4 years of war takes its toll.  When staying in your home country is a more dangerous prospect than fleeing you are going to take your chances aren’t you?  People traffickers are in the wings offering desperate families a way out, and some are not going to make the hazardous journey across the Mediterranean in rubber dingy’s like poor little Aylan, three, and Galip Kurdi, five, who tragically lost their lives this week.  My heart just breaks for these little boys, and their mother and so many others like them.

How do we stop this awful tragedy happening to anyone else?  I would like to hope that the Assad family have seen the images of these poor little boys bodies washed up on a beach in Turkey and that they are reminded that they have a duty to protect and serve their people.  Sadly the power they have has gone very much to their heads, and it is clear they have little consideration for human life.

There is a crime here that needs to be fought on so many levels to put an end to this crisis, but where do you start.  There is the immediate humanitarian aid needed to support misplaced refugees, but there needs to be an end to people taking these crossings.  The EU needs to step up and come up with a radical joint policy that allows asylum seekers to safely flee this war torn country.

I would like to say there needs to be an end to the war in Syria, but how does one go about ending it.  The population are clearly not happy with the current regime, but the Free Syria Army are going to be just as corrupt.  The Russians are clearly supporters of the current government, so who’s going to be taking them on anytime soon?

Where do you move all those displaced people too?  Do you place asylum points at the borders, and assist the movement of people fleeing the area to put an end to the trafficking?  There needs to be some radical thinking on behalf of the EU as this crisis is not going a way anytime soon, and no one else should be allowed to feel so desperate that they put their family in such danger.  There but for the grace of god, it could have happened to any of us.