This article from the Guardian US by Jessica Valenti appeared in my Facebook feed  about the age old breast vs bottle debate, and for me another article that is barking up the wrong tree entirely.  She suggests that bottle feeding Mother’s are shown the same adoration through the media as celebrities that publicly breastfeed their babies.

And it is attitudes that is the key, but is it socially responsible to promote bottle feeding in the media as the article suggests.  I don’t believe it is, and that isn’t about judging anyone, it’s about promoting good health decisions.  Celebrities are influencers and seeing them breastfeed raises awareness among the hardest to reach, which is what it’s about. 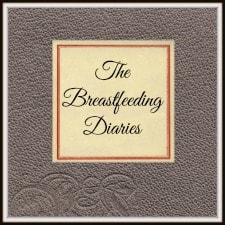 Raising awareness about Breastfeeding is, however, a significantly important issue.  It is about changing attitudes towards breastfeeding and the celebrity #selfie generation play a significant role in this.  There is a spectrum of attitudes ranging from ‘I’m not going to do that’ to ‘It’s completely disgusting’ and everything in between that need to be challenged.

There is a debate to be had here with everyone on this spectrum, whether they are a Mother or not.  Who can influence these attitudes?  The NHS here in the UK try with limited resources and the press could, but don’t.  The Gwen Stefani’s of this world are probably going to make the most difference.

There should be no mincing of words or sitting on the fence while there are still negative attitudes in our society towards breastfeeding.  If you went to the Doctor, and you had a respiratory condition and you smoked 20 a day, he would tell you in no uncertain terms to quit smoking.  There would be no beating around the bush, worry about offending or judging anyone.  Smoking is bad, end off!  But at this point your health has been compromised, it’s probably to late.  Promoting breastfeeding is about promoting positive health and wellness decisions, not about judging people.  Preventing ill health has got to be a good thing, right?

Those people who’s attitudes towards breastfeeding are so negative that they call Mum’s nursing their babies in public disgusting or make them face the wall to feed need addressing.  Mum’s who aren’t considering breastfeeding their babies need to be presented with the facts, and challenged about their health choices.  It is absolutely appropriate for societies influencers to support this by normalising breastfeeding in our on line culture.

The facts are that the benefits of breastfeeding are significant for Mum and Baby.  It is a good health decision.  The impact on a baby and their long term health can be huge, and with all the best will in the world formula feeding is not going to replicate it.  We need to promote a society where every woman feels comfortable with trying and this is not going to happen until people stop sitting on the breastfeeding fence.

If everyone’s attitude was ‘breastfeeding is fine and I’m going to give it a go, and good luck to anyone who wants to breastfeed’ we’d have a much better position to begin with and there would be nothing to write about.

Breastfeeding is an issue for society, the costs of not doing it to the NHS bill are significant in terms of hospital admissions.  It is not just a parenting choice, it’s a social choice that can dramatically effect the provision of health services in many years to come.  We are privileged in the UK to have a NHS service and every little thing that can be done to preserve it and promote good health should be done.

However, in the context of parenting a child, how you feed them is such a small part of it, that by the time they are 16  and giving you untold amounts of grief, how you fed them will pale into significance. So, Mum’s stop judging one another as there are so many parenting hurdles to jump, you definitely won’t get everyone right in the 18 years you’ve got to cover.  Those with influence, help change perceptions with those breastfeeding #selfies and lets leave the debate between the healthcare professionals and those who’s attitudes need changing.