Sand is such a fab toy for kids isn’t it?  But why should it be something they just play with in the summer? It’s great for sensory and imaginative play, so wouldn’t it be great if there was a way they could play with it all year round? 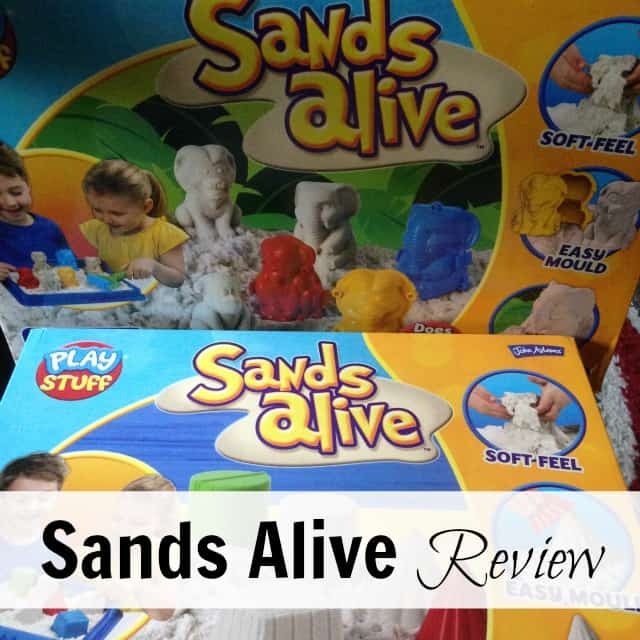 We’ve recently been sent a great new product called Sands Alive that allows children to do just that. My 3 year old has been testing it out, and I’ve had a bit of a play with it too!

Sands Alive comes in different sets, and we’ve been checking out the Sands Alive Classic And Animals set. They come with a tray, plenty of sand and a set of moulds to help you create your sand sculptures. 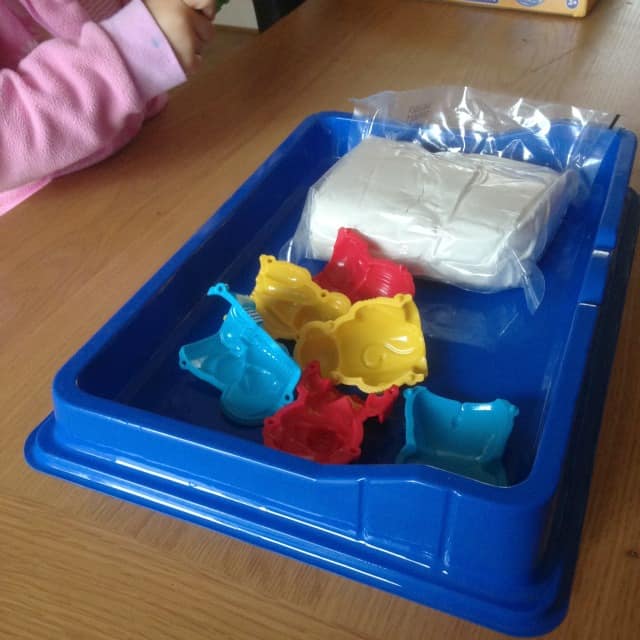 The sand is great. You get quite a bit with the set and its vacuum packed. You only need about half of the contents of the packet for a fun sand play session.

The sand has a consistency half way between sand and foam. It’s not wet, but somehow the formula sticks together so it’s less prone to being spilt everywhere.

I’d still recommend using mats, but it doesn’t get everywhere like if you were playing with sand. 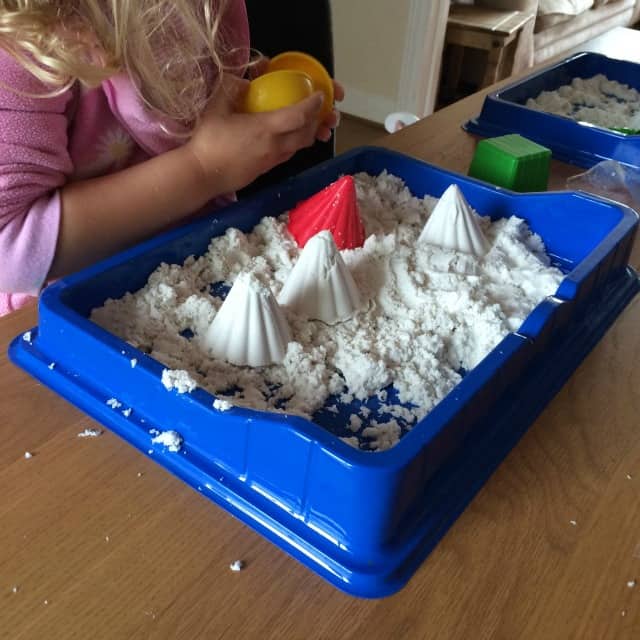 We used the Sands Alive for an activity with my 3 year old when my 1 year old was taking a nap. This was to avoid the 1 year old eating it.  You know what toddlers are like with sand don’t you?

We have about an hour for an activity while the toddler sleeps and I found Sands Alive quick and easy to set up. It kept my 3 year old busy for the whole session and was easy to clear away at the end. It’s worth having some zip lock bags at the ready to store the sand in after its first use. 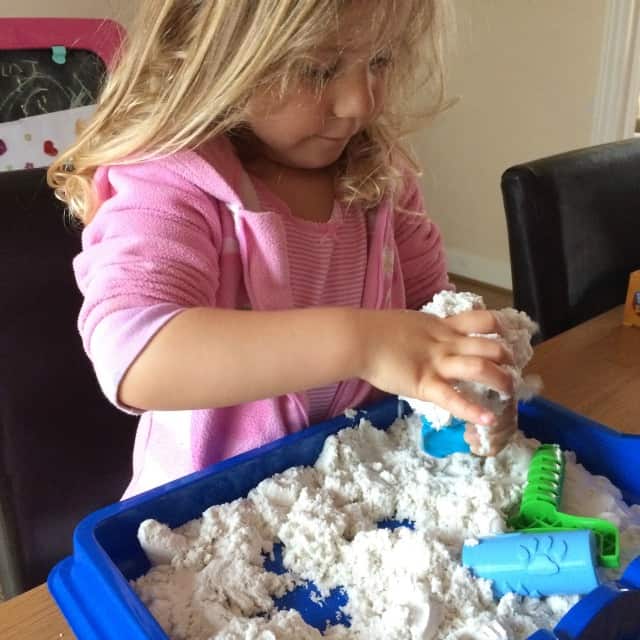 She was most drawn to the animal set, and liked making paw prints with the roller and creating a lion sculpture.  She did need a little help to get going but she soon mastered playing with the sand and loved exploring the texture and feel of the product.

We definitely enjoyed using Sands Alive and would recommend this as a great gender neutral toy for children from 3 years upwards. 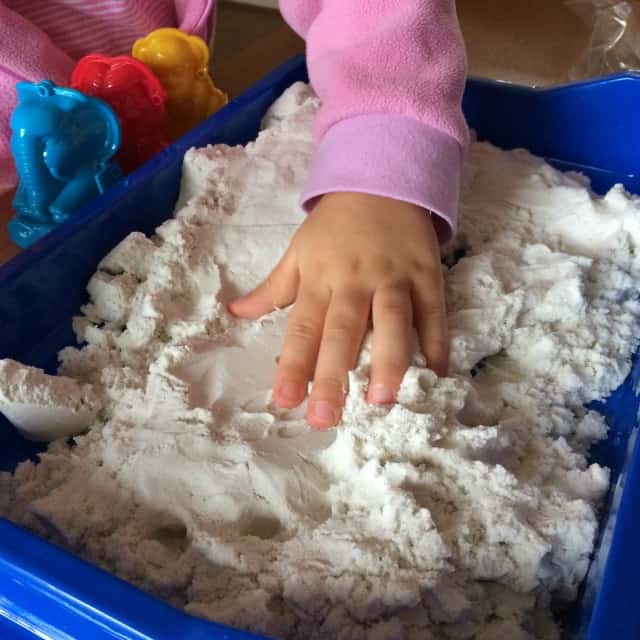 It’s not completely mess free, but it is containable with the use of mats. If you have larger trays to use with the Sands Alive even better. Older children would make less mess as my daughter wasn’t aware she was spilling it over the sides of the tray. I also think I filled the tray a little full to begin with.

We were sent the John Adams Sands Alive play sets in return for this post but all thoughts and opinions are our own.