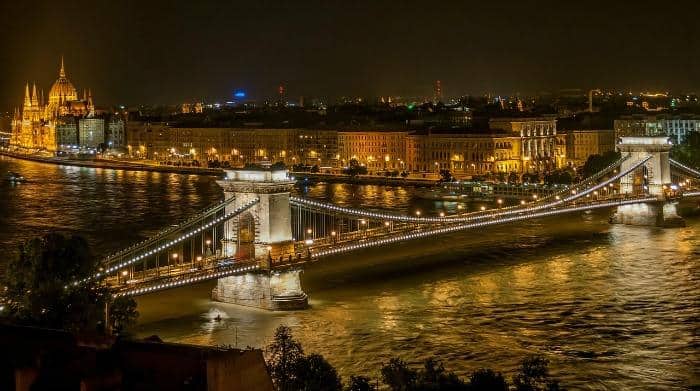 Despite covering an area of 203 square miles, many of Budapest’s major landmarks and attractions are within walking distance of each other. A day spent strolling along the banks of The Danube alone is enough to guarantee some memorable photographs of this remarkable city. Below are some of Budapest’s best destinations.

Best Places for Selfies in Budapest

This Gothic, neo-Romanesque structure and Disney castle lookalike offers the best panoramic view of Budapest – it was after all built with the intention of serving as a viewing point. From the terrace and the towers, visitors can enjoy views across the The Danube to the East (formerly Pest), Margaret Island and also the scenic Buda hills and castle.

Fisherman’s Bastion, a 7-year building project completed in 1902, is open to visitors at all hours and entrance to the lower terracing does not require an admission fee. At night the city’s landmarks are brilliantly lit, which means an after-sundown visit to this unique vantage point could provide the best backdrops of your photograph collection. 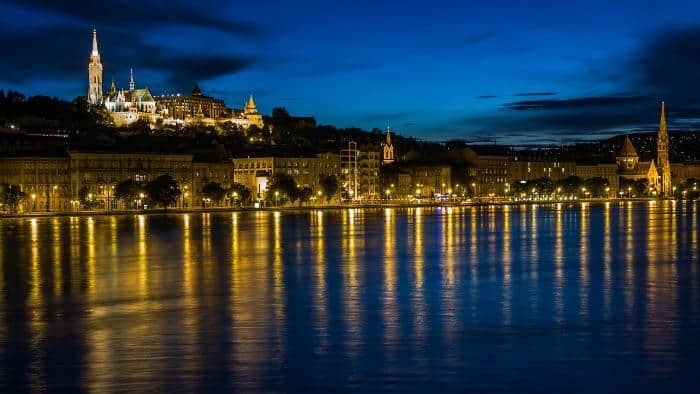 Situated right on the eastern bank of The Danube, the Parliament building is the most visible and most impressive structure to be seen from the towers of Fisherman’s Bastion. Decorated with statues, gargoyles and other gothic ornamentation, this chalky white landmark emits an awe-inspiring golden glow by night and is reflected spectacularly in the passing waters below.

At its highest point, the building reaches 96 metres skyward and is 268 metres long, making it the third largest parliament building in the world. This means that in order to capture the full scale and beauty of the house, the best spots for camera work are on the west bank of the river. Alternatively, tourists can take the amazing opportunity to view the building from the river itself with Imagine Cruising. 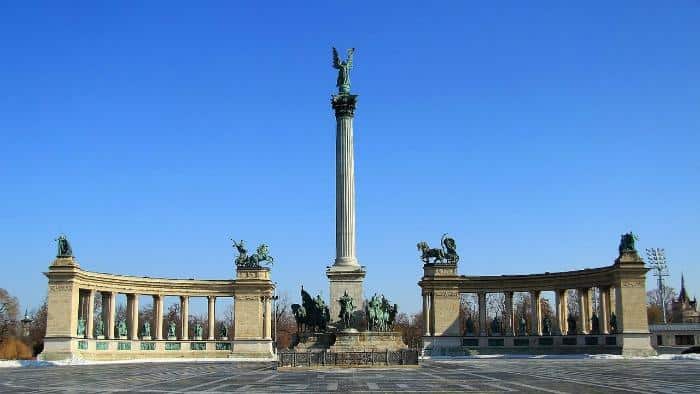 The Square is a major tourist attraction, and much of Hungary’s history is captured within it, from Socialist celebrations to the reburial of anti-Soviet revolutionary, Imre Nagy. The main feature within the square is the Millennium Monument, which is dominated by a column supporting the archangel Gabriel, amidst a collection of other statues honouring the great Hungarian leaders of the past.

The square acquired its “heroes” moniker three years after the completion of the monument in 1932 and 36 years after the square’s opening. It is easily accessible via Metro and a must-see when visiting Budapest. 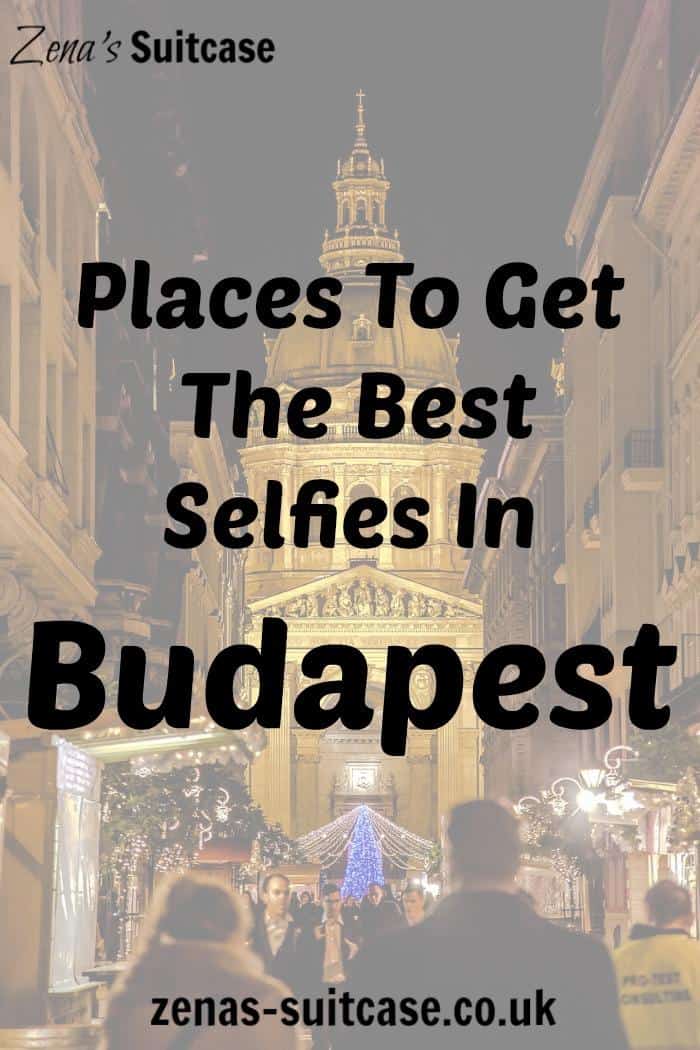 For those looking to wave their selfie stick in more natural settings, the green low-range mountains of Buda provide the perfect environment. Chairlifts are available at the foot of the range in the Zugligeti ut area (city centre), and the 15-minute journey to the top will cost 1400 HUF. 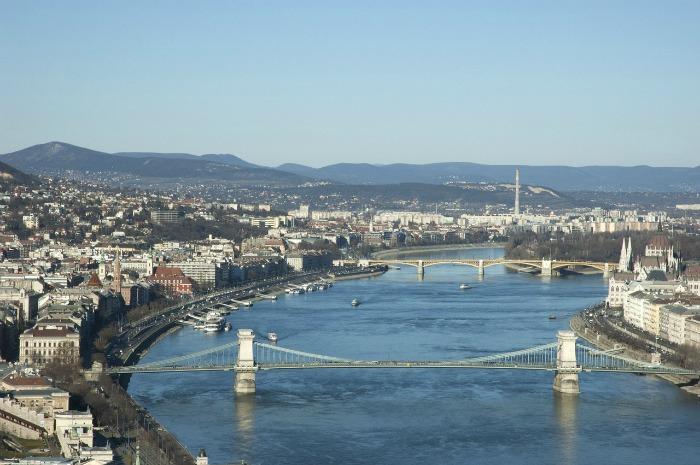 Atop the hills, there are various sights and attractions to be found, all easily accessible by trails and transport provided. The main attraction is the children’s railway, which was constructed in 1951, passes eight stops in total and is manned by 10 to 14-year-old children. However, for those simply keen on doing some hiking away from the pace of the city, the forested inclines and parkland of Buda are the places to be.

This large Roman Catholic Church building was named in honour of Stephen, the first king of Hungary, and houses what is said to be his “incorruptible right hand”. At 96 meters tall, it stands equal in height to the parliament building – a height which local regulation dictates cannot be surpassed. 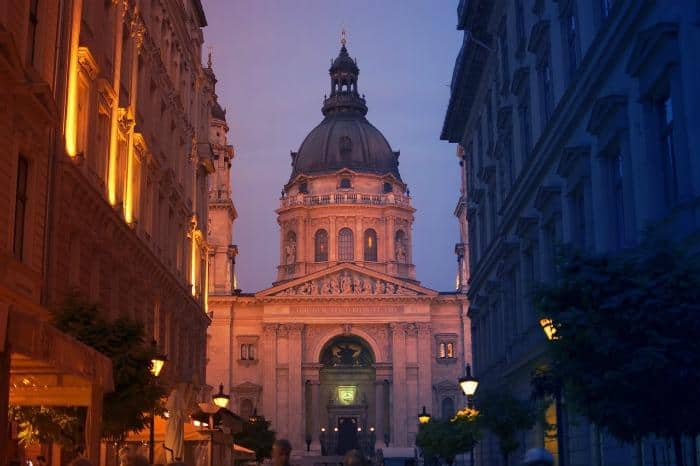 The Basilica’s dome is in the centre of the building, the terrace of which can be arrived at via stairs or elevator. From there, visitors can enjoy another panoramic view of Budapest, this time from the Pest side of The Danube. Snapshots featuring the church’s decorative interior can be impressive also. The Greek Cross floor plan sits a variety of statues and sculptures as well as fifty different types of marble, all adding to the already eye-catching ornateness of the main chamber.

The Chain Bridge was the first permanent stone bridge to connect Buda and Pest, and it retains a symbolic status for that reason. The bed of the bridge stretches across two pillars and is suspended in the middle with iron chains – hence the name.

The bridge, which is made visible in the same golden light as other city landmarks at night, has featured in several films and also in the music video for Katy Perry’s ‘Firework’. It offers great views up and down The Danube, and the parliament house and Fisherman’s Bastion are both well placed for photographs. Approaching by the river and cruising under the bridge is always an equally unique experience.

In truth, there are too many great places in Budapest to mention, but we hope this guide to the best places is enough to get you started. Happy snapping! 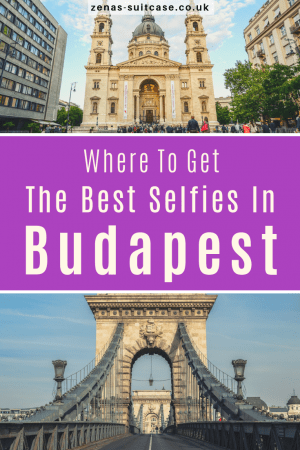 First Time in Berlin? What to Expect from Your Trip