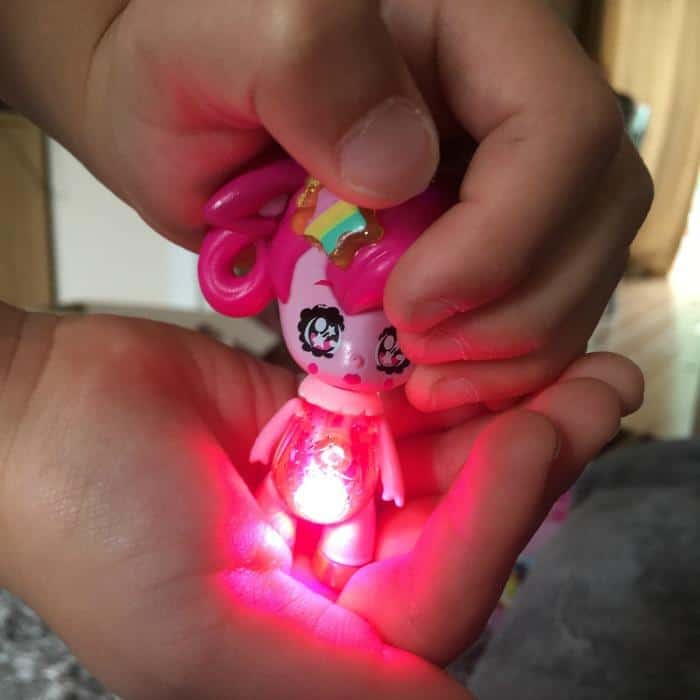 The girls have wanted their own Glimmies toys for a long time now so when we received an email asking us if we would like to review the Glimmies Rainbow Friends Toy, of course I said yes.  If the Glimmies toys haven’t hit your radar yet they are little magical fairy creatures that have been sent by the moon to look after the animals that live in Glimmieswood.  Take a quick peek at the Glimmies amazon page and check them out.

There are 12 Glimmies Rainbow Friends toys to collect  and each one is unique.  These Glimmies toys have cute features and their own individual characters.  The most exciting part of this toy though is the magical glow.  When you cup your Glimmie toy in your hand it glows a little like a firefly.

Also, when you put your Glimmies toys next to other Glimmies the glow changes colour.  Glimmies are very much the sort of toy your little one will want to take to bed with them and hide under the duvet with creating all sorts of magical stories in their own imagination. 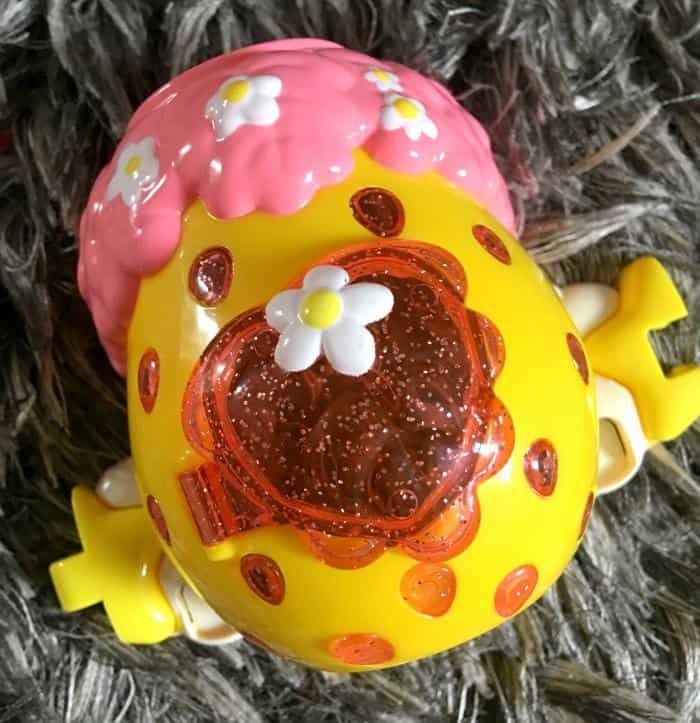 We also received the Glimmies Rainbow Friends Glimwheel.  You can pop 3 Glimmies toys into the Glimwheel and it will rotate with your glowing Glimmies inserted.  There is a day and night mode which helps you to control when it rotates.

The girls were certainly happy with their Glimmies toys and accessories when they arrived and the little dolls became very popular very quickly.  There was also the usual sibling debate over who was going to have which doll and accessory.

The Glimmies toys certainly impressed the girls when it came to glowing in the hand and when they were put into the Glimwheel.  There were a few things that did disappoint though.  The Glimwheel doesn’t come with batteries, so we had to source some before the toy would work.  One of the Glimmies toys ran out of glow very quickly and I’m not sure if that is because of something we did or that the battery was quite flat before it arrived. 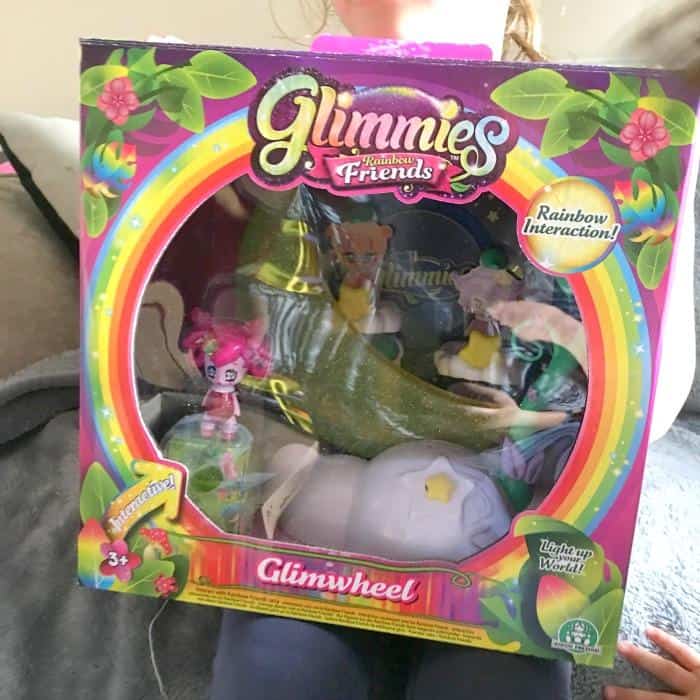 The Glimmies Glimwheel could do with playing a little tune when it rotates as it didn’t really capture the girls imagination to be honest.  It also makes quite a noticeable noise when it’s rotating at night and it would have been nice to have some sound options to counteract this.

Overall the girls did enjoy the Glimmies toys they received, but I probably wouldn’t buy them anymore to add to their collection given our experience after this review.

We were provided with the Glimmies toys and the Glimwheel from Flair PLC for the purposes of this review but all thoughts and opinions are our own. 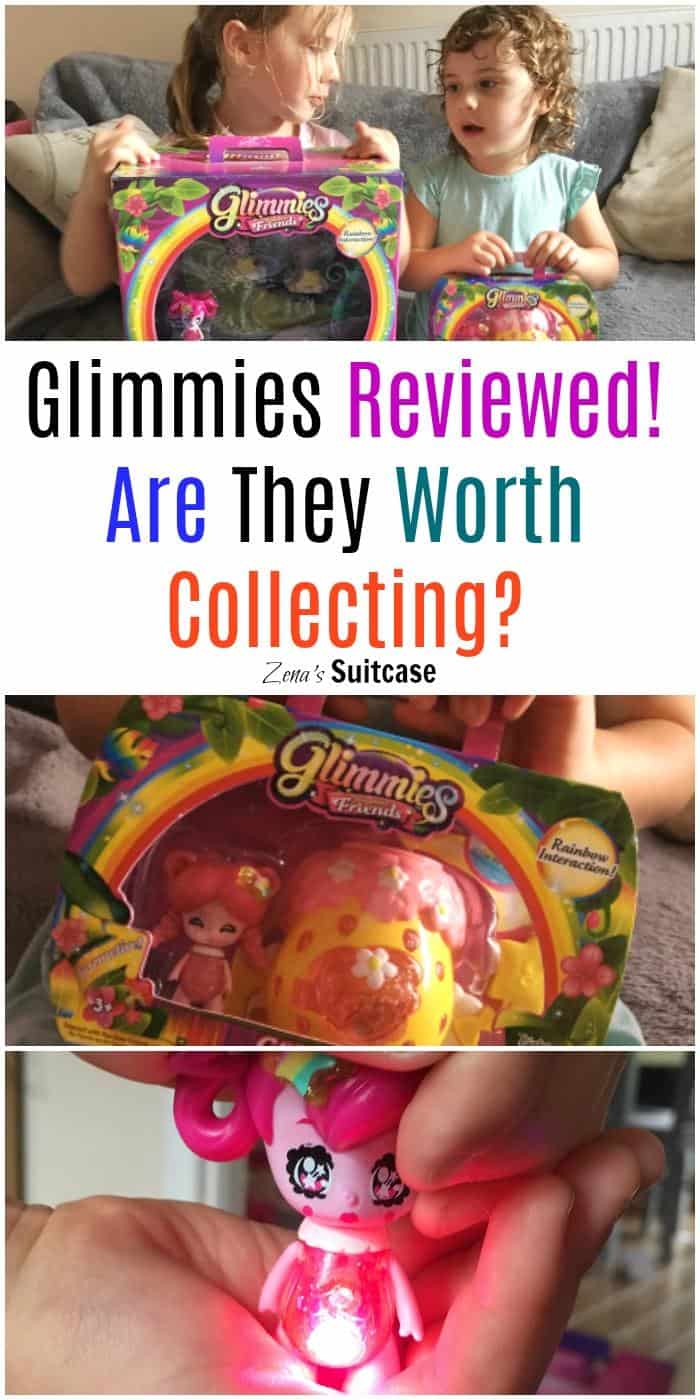