Welcome back to Thinking Thin Thursday! I hope you’ve had a good week and you are winning when it comes to thinking thin. Since last week when I realised things had to change I decided to focus on one aspect of my diet, and to my surprise it really has made a massive difference.

Since becoming a Mum for the third time, I’d slipped back into my old coffee drinking ways. I had also considered getting a monthly subscription from the likes of Iron & Fire because then I would never run out of coffee. Even though I am trying to quit coffee, because I am an official caffeine addict now, but if you require coffee regularly for some recipes or simple experimentation, you can get coffee delivered to your doorstep from similar websites, hassle-free.

Anyway, a sleep-deprived Mum needs her caffeine, right? Or that was my excuse anyway. The odd cup here and there maybe, but not as much as I able to consume.

While breastfeeding, I’d make myself feel better about having coffee by making it a latte so that at least I was getting the calcium in there too. Now my breastfeeding days are over, and Little Pudding is sleeping better, I can’t excuse the amount of coffee I drink. I know, I shouldn’t have been drinking it anyway while nursing, but I forgave myself this one vice. I don’t think I’m the only breastfeeding Mum who likes a latte, usually with a cake on the side!

So this week I’ve focused on cutting back, and I’ve actually ended up not drinking any coffee at all. I realised a few weeks ago that if I missed my morning cuppa, some nasty headaches would set it. I’m of the opinion that warning signs like this are your bodies way of saying there’s a problem. Being dependant on anything isn’t a good idea, even if it is just caffeine, so I decided it was time to cut back.

After doing the Slimming Solutions Teatox I think I’d broken the back of my caffeine addiction, so removing it altogether wasn’t such a huge leap. I’ve been drinking more water, hot lemon, and herbal teas all week and I have to say this change has made such a difference. I feel able to get up in the morning without a struggle, I generally have more energy throughout the day and it seems to have affected my cravings.

I haven’t been trying to give up sugary or fatty food particularly, I think if you try and change too many things at once and it doesn’t work, all those ‘I’ve failed’ feelings come rushing in and can send you on the road to comfort eating before you know it. But, I seem to have stopped craving cakes and chocolate, as a side effect of giving up caffeine.

Talk about killing a few birds with one stone! I’m so pleased with how this has affected my diet of course I’ve had to read up on whether there is a connection or not. It looks like some people believe drinking coffee or caffeine and craving sugary and/or fatty foods are connected, on a hormonal level at least.

Coffee intake can increase the level of the stress hormone cortisol which is linked to the production of belly fat and eating more sugary and fatty calories, i.e. chocolate and cake. I would say my stress levels have been higher than normal for a long time and my coffee consumption has probably exasperated the mental and emotional stress I’ve experienced over the last few years. These high levels of stress can contribute a lot to a person’s wellbeing, meaning that it can severely reduce it causing more issues that can pop up again down the line.

I wouldn’t like to say that the reduction of caffeine in everyone’s diet is going to help them stop eating unhealthy foods, as everyone is different. I think for me though, it has genuinely made a difference. It has certainly helped that I have made a choice generally to be more healthy and reduce my weight. I think the state of mind and less caffeine have helped make these changes to my diet, without a shadow of a doubt.

I’m feeling so positive about the impact of this small change, that I feel really spurred on about my weightless journey already. Seeing as I’ve managed to cut out all the main culprits with very little effort, getting into weight loss mode doesn’t feel like too difficult a leap from here on in.

I’d love to know if you have tried giving up caffeine to help your weight loss journey? Did it make a difference to you too? Please do let me know in the comments below as I’d love to know what other people’s experiences are. 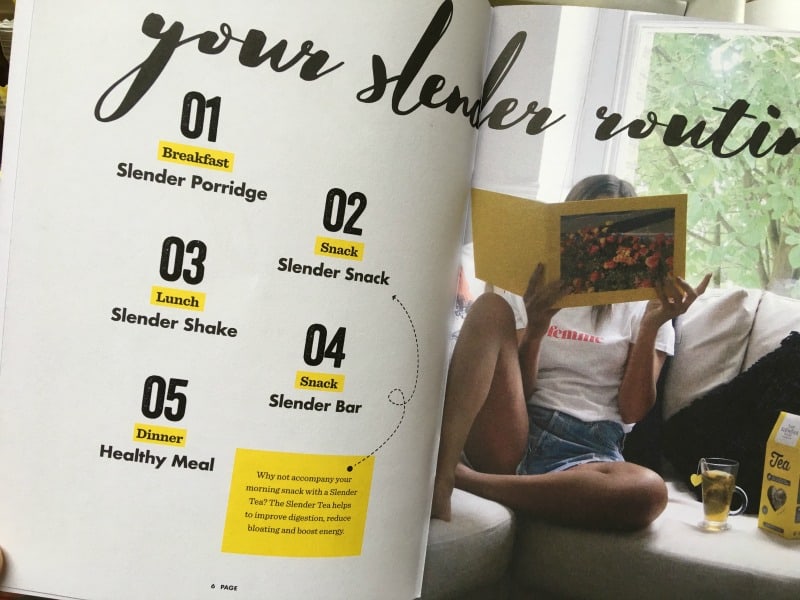