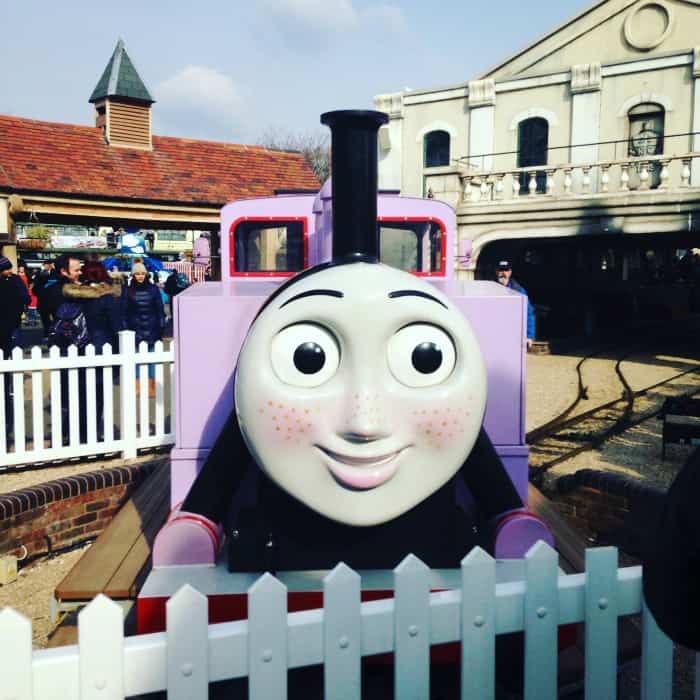 Drayton Manor Park is our favourite local family days out by far. There is no doubt in my mind that it is the best family theme park in the UK but I’m sure you’d like to know why wouldn’t you?  Read on and we will tell all about this popular visitor’s attraction in the Midlands.

If I get talking to someone who is looking for a family day out, I am the first to recommend Drayton Manor Park and Thomas Land above all the places we have visited over the years.  So I hope you are listening, as I’m going to share with you why we think it is an amazing place to take children and why it scooped the UK’s Best Attraction For Children Award for the 8th time!  That’s pretty good going isn’t it? 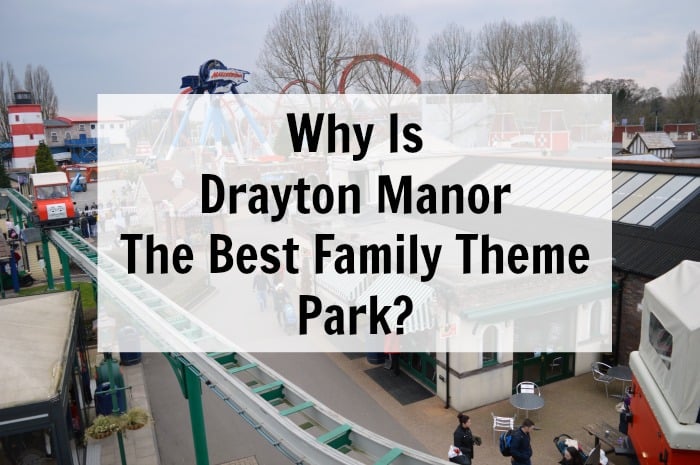 We were lucky enough to be invited back to Drayton Manor Theme Park and Thomas Land  this month, and of course we accepted because we knew we were in for a great time.  We never get bored of the place.  As you will know if you follow my blog regularly we were lucky enough to be chosen as blog ambassadors for Drayton Manor’s 65th Anniversary Year.  It was a huge honour to take on this role, and gave our children an immense amount of pleasure as we were the lucky holders of one of the 10 coveted season passes for 2015 with unlimited access to the park. 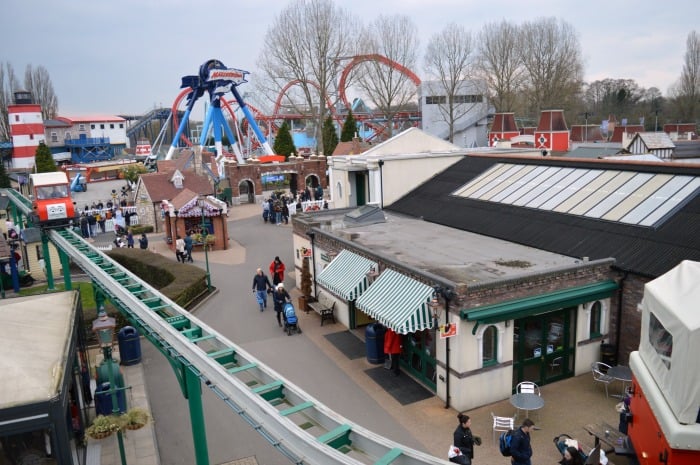 When we visited the Thomas Land on a beautiful spring day in February I was very mindful of the things that make Drayton Manor and Thomas Land a great place for families as our year as brand ambassadors was coming to an end. I’m going to try and sum up my thoughts for you, but please forgive me if I get a bit carried away!

Drayton Manor Is The Home To Europe’s Only Thomas Land

The main reason we visit Drayton Manor Theme Park is to visit Thomas Land and more specifically the Thomas Land rides.  It is one of the most magical places for a small child to visit.  It really is as if you stepped onto the island of Sodor and joined Thomas The Tank Engine and all his Friends which has got to be the stuff little people’s dreams are made of. 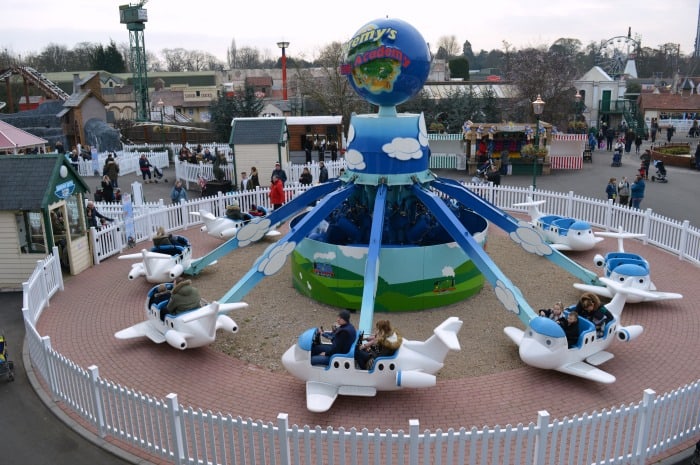 Thomas Land under went a £2.5 million expansion a few years ago, which means more rides and lots of happy children.  There is literally so much imagination in Thomas Land which is why we think it scoops so many awards.  The rides are all very different and help fuel a child’s active imagination and his or her love of Thomas The Tank Engine and Friends. Whether they love Cranky the Crane, Harold the Helicopter or our personal favourite, Jeremy The Jet I don’t think any of the Thomas Land rides disappoint. 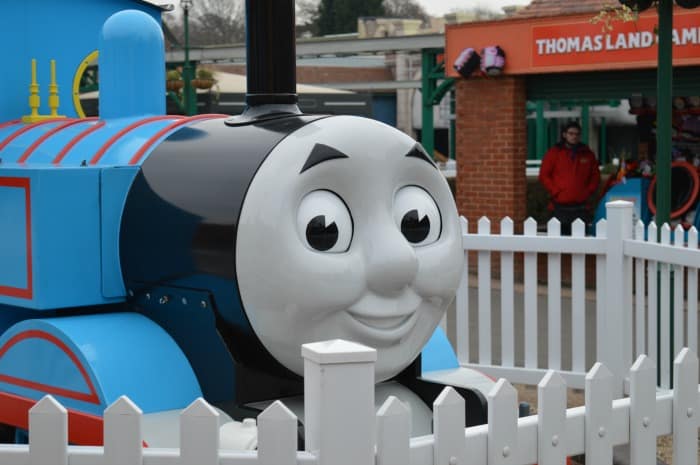 My daughters can totally confirm that Drayton Manor & Thomas Land isn’t just for boys. It really is a family orientated theme park with something for everyone. The Thomas The Tank Engine ride is a huge favourite with all children but don’t forget Rosie, who you’ll also see carrying passengers at Knappford station.

Yes, Drayton Manor Theme Park has a zoo too! They have over 100 species of animals including meerkats and tigers living at Drayton Manor Zoo for visitors to see.  Unfortunately the tigers were taking a nap when we visited, but we still got to see a lot of the other residents.

Our favourite are the Tamarin monkey’s and we have just found out they are getting a new home this year.  Drayton Manor Zoo will be opening the Tamarin Trail at Easter so do pop down if you want to get up close and personal with these adorable little creatures. 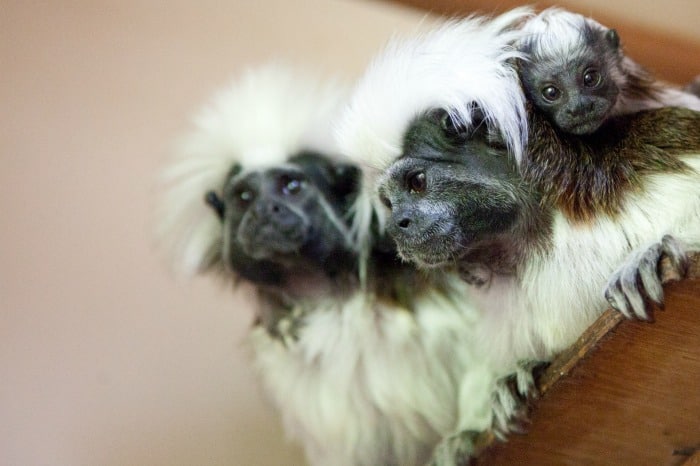 Drayton Manor Hotel is right next to the entrance at Drayton Manor Theme Park and Thomas Land and one day we hope to be lucky enough to stay in it.  I know my daughters would love the Drayton Manor Thomas room.  The hotel has 15 Thomas the Tank Engine and Friend’s themed rooms that look equally as magical as the park itself.  I think I would be a little bit excited too if we got the chance to stay here.  Take a look, do you think your Thomas fan would love this Thomas the Tank Engine bed?  If you would like to know more about staying at the Drayton Manor Hotel, read this review from Travelling With Our Kids blog. 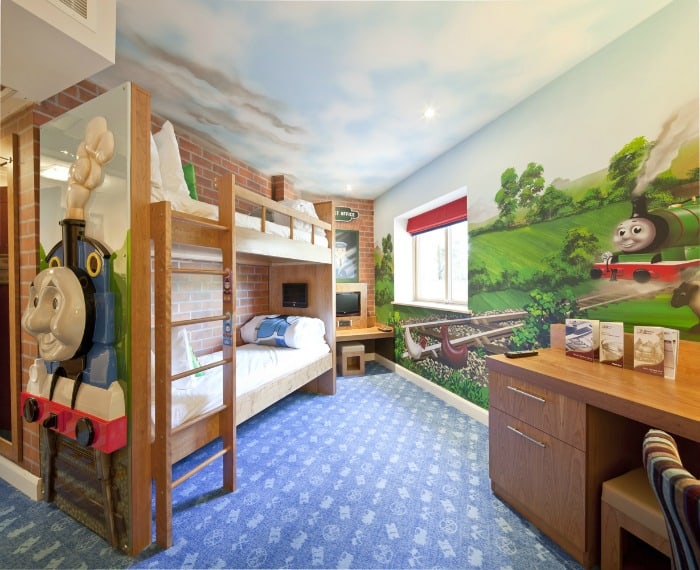 Drayton Manor Has The Best Fireworks Displays Ever!

We were lucky enough to be invited to the War Of The Worlds Fireworks Spectacular last year and it was amazing.  If you want to catch up with my review, you can read it here.  This event has also scooped the park another prize.  It was selected as the Best Event Of The Year by Access All Areas, which we think is very well deserved.  It was an awe inspiring evening and we would definitely go again.

When we were invited to Drayton Manor, we were lucky enough to enjoy the park before it opened to the public.  The only ride my 4 year old daughter doesn’t enjoy is the rollercoaster, Troublesome Trucks, as it’s just a bit to fast for her at the moment.

Daddy actually loves this ride, and decided he needed to go on it while we had the park pretty much to ourselves.  The girls and I watched from the fence as Daddy rocketed along the rails with his hands in the air.  He got a little carried away to say the least! 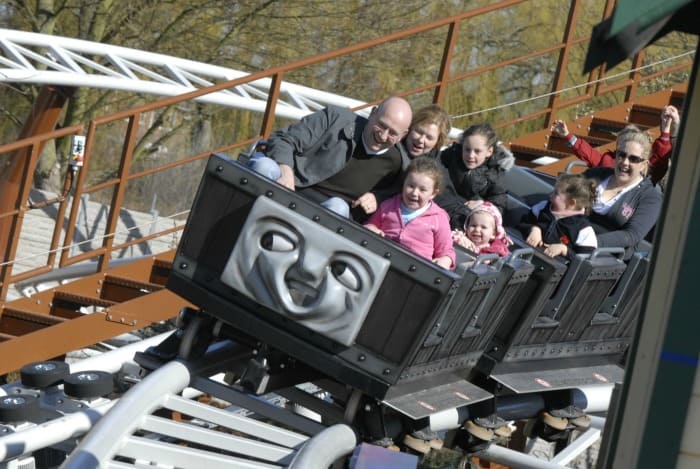 Princess Was Big Enough To Ride On Toby!

When we first visited the new Thomas Land expansion Princess was too small to go on the new Toby The Tram ride.  She was so disappointed and we had to drag her away with tears in her eyes as she fell just short of the measuring stick.

On this visit she was delighted when she realised she was tall enough and couldn’t wait to get on with Mummy.  I can see this being one of her favourite rides from now on. 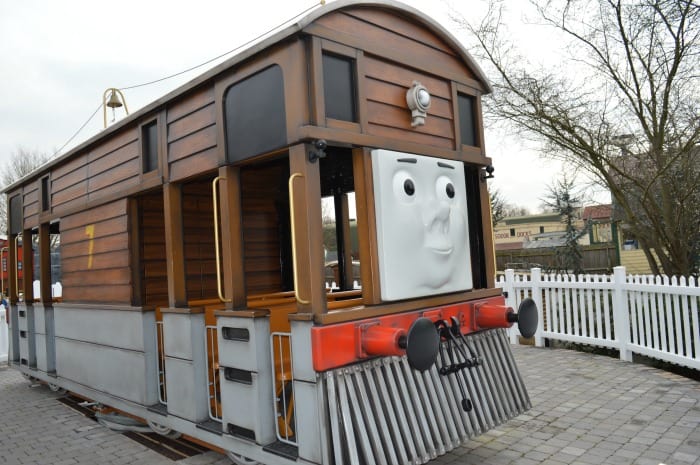 When the main season starts and the full park is open, we hope he will join us again.  The full park may not be open this time of year, but families with small children can still have a great day out. 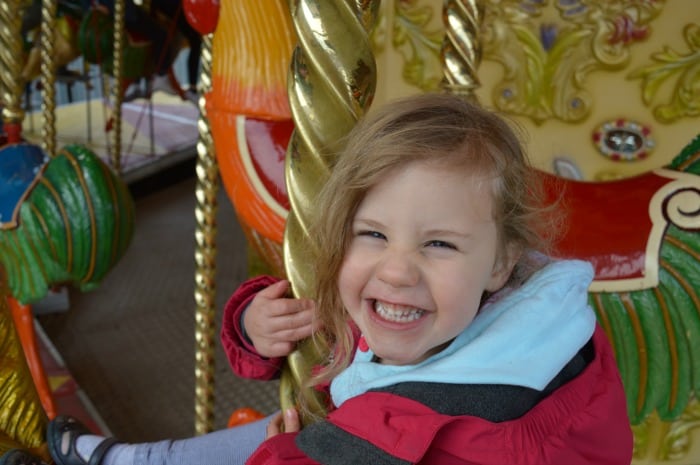 We were invited to Drayon Manor Theme Park as guests in exchange for this review.  This is our entry for the brand ambassador role for 2016.

If you have been to Drayon Manor Theme Park and Thomas Land we would love to hear what makes it a great day out for you or why you would love to go to the best family theme park?