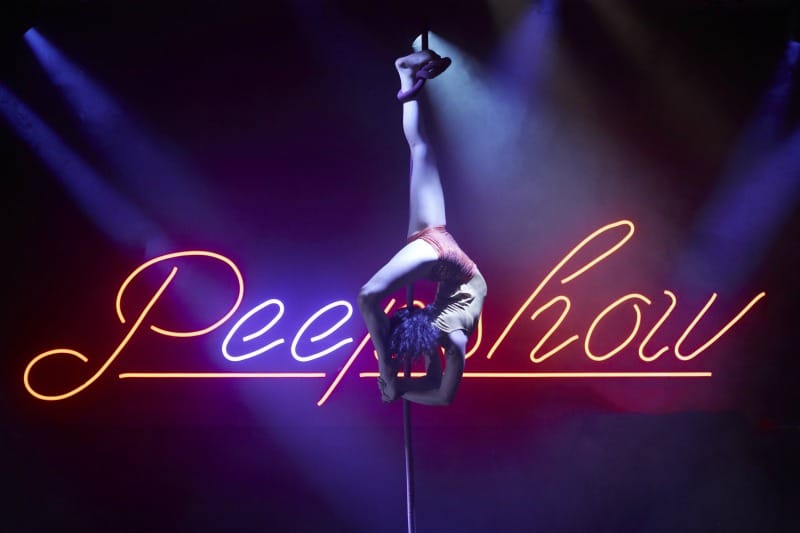 There is something incredibly special about walking into this Berlin theatre.  The CHAMÄLEON is a unique venue to say that it plays host to some of the most talented circus performers from around the world.  If you are expecting a large arena, you really need to think again as this theatre in Berlin is small and intimate and in my opinion one of the best places to experience contemporary circus.  It’s what I would call an up close and personal type of venue, if you know what I mean.

Being close to the stage and the performance really helps you to connect with the show, and it’s no different with circus.  This contemporary version of a long standing form of entertainment benefits from you being able to see the expressions on the artists faces, the intensity of the movements they make and of course the story they have to tell.

The theatre introduces a new show to it’s audience every season, so what’s on at CHAMÄLEON now.  Well they have a very special treat for you!  Between August 2018 and February 2019 CIRCA’S PEEPSHOW will be one of the must see shows in Berlin this season.

Circa have a long standing relationship with CHAMÄLEON theatre, and this is their 5th season with the venue.  Why is that?  Well, because they are literally awesome and will open your eyes to the true meaning of contemporary circus.

I was lucky enough to be invited to the Berlin theatre to see an advanced preview of CIRCA’S PEEPSHOW, and spoiler alert, I was blown away.  The show opened with a personal welcoming speech from the incredibly charismatic Hendrik Frobel, Managing Director.  It came across loud and clear that he was excited to share the new show with us.  The excitement was building and a sense of relief filled the room as the curtain went up and The Peep Show could begin.

The set is incredibly understated with a silver back drop and the words, The Peep Show in neon lights above the stage.  The atmosphere is created with incredible use of lights and music which dance alongside the talent of the performers on stage. 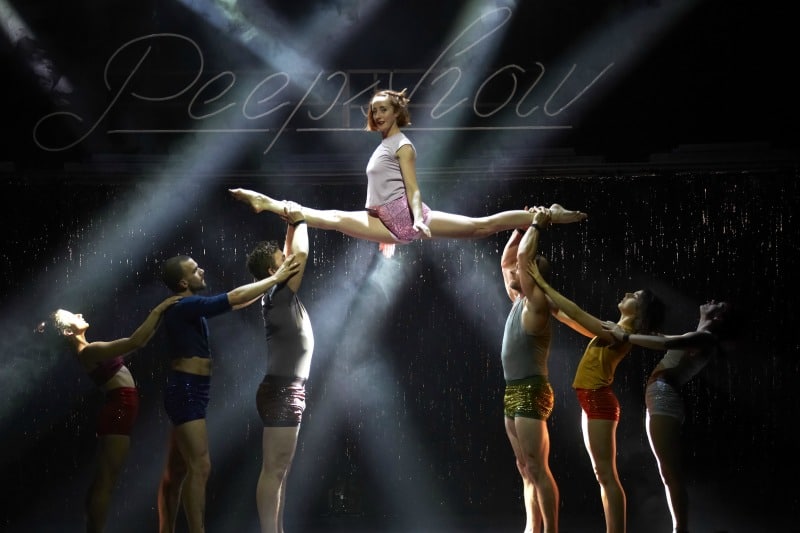 With a name like Peep Show you might be expecting something immoral or indecent, but that is not what this show is about.  The idea of arousal is definitely there, but always explored within the boundaries of good taste and often humour.  The way that the audience participation plays out in the first act will leave you laughing out loud but also lets the audience know that they can explore sexual themes in a way that keeps the viewer comfortable in their seats.

As well as it’s interesting and potentially controversial theme, The Peep Show also demonstrates some incredible skills from Circa’s performers.  The visibility of their bodies during the performance takes the wow factor to the next level as the artists move in directions I didn’t think were humanly possible.  There are certainly moments when you will be watching the show through the gaps in your fingers I’m sure. 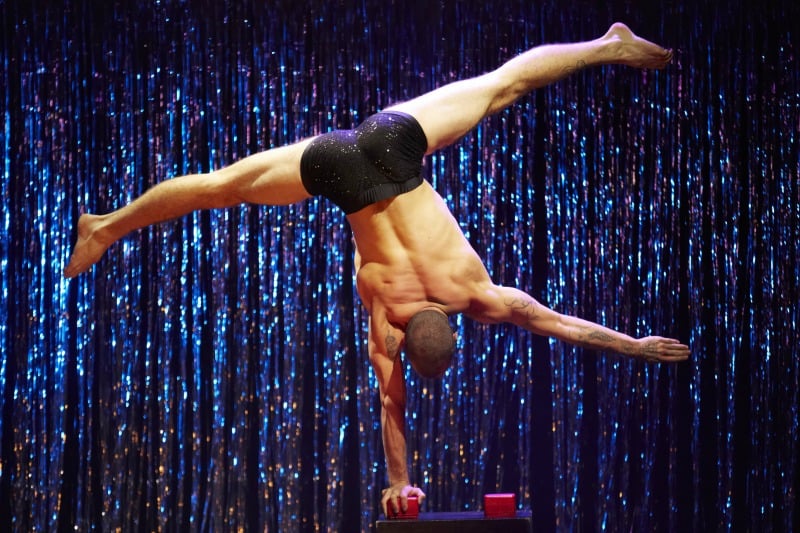 One of my favourite moments by far was watching Jessica Connell and her amazing hula hoop skills light up the stage.  Her talent is off the scale and watching her command hoops from practically every limb of her being is just a joy to watch.

So when it comes to shows in Berlin, would I recommend going to see CIRCA’S PEEPSHOW at CHAMÄLEON Theatre?  Without a shadow of a doubt you should make sure it’s on your list of things to do in this incredible city.  It’s live entertainment at it’s best with breathtakingly talented performers, great music and thought provoking themes.

If you would like to book tickets for the show, here’s all the information you need:

If you would like to read more about the shows from CHAMÄLEON Theatre check out my reviews of Scotch and Soda, Finale, and PARADE.

I was invited to Berlin to see the preview of CIRCA’S PEEPSHOW at CHAMÄLEON Theatre but all thoughts and opinions shared in this review are my own.